VIENNA, AUSTRIA — As President and CEO of Audio2, Michael Kastelic and his team are passionate about making audiovisual media more accessible for people who are blind or visually impaired. By describing central plot elements, people, gestures and facial expressions acoustically, Audio2 is providing a broader understanding of the event taking place. To bring these wonderfully vivid images to those who may not be able to see them, Kastelic relies on a range of Sound Devices audio mixers and recorders as well as the Sound Devices brand of Video Devices on-camera video recording monitors.

One of Audio2’s largest efforts is with sporting events, particularly European football. For a typical match situation, Kastelic utilizes a selection of Sound Devices and Video Devices equipment, including the 552 and 664 mixer/recorders, the MixPre-D compact mixer, and the PIX 240i and PIX-E5 recording field monitors.

“We have two people describing what they see inside the football stadium,” says Kastelic. “Using a standard radio receiver, visually impaired and handicapped fans, as well as anyone else, can sit anywhere in the stadium and get a detailed description of what is taking place on the field without being bound to cables. You can hear the transcribed audio via headphones throughout the stadium, not only in the stands, but also in the restrooms and corridors.”

While each piece of Sound Devices and Video Devices gear is integral to his set-up, Kastelic has an affinity for the 664. “My absolute favorite Sound Devices audio product is the 664,” adds Kastelic. “Our technicians also like the 664 very much. The limiters on the 664 are very precise. It’s a great piece of equipment and the usability is quite good.” 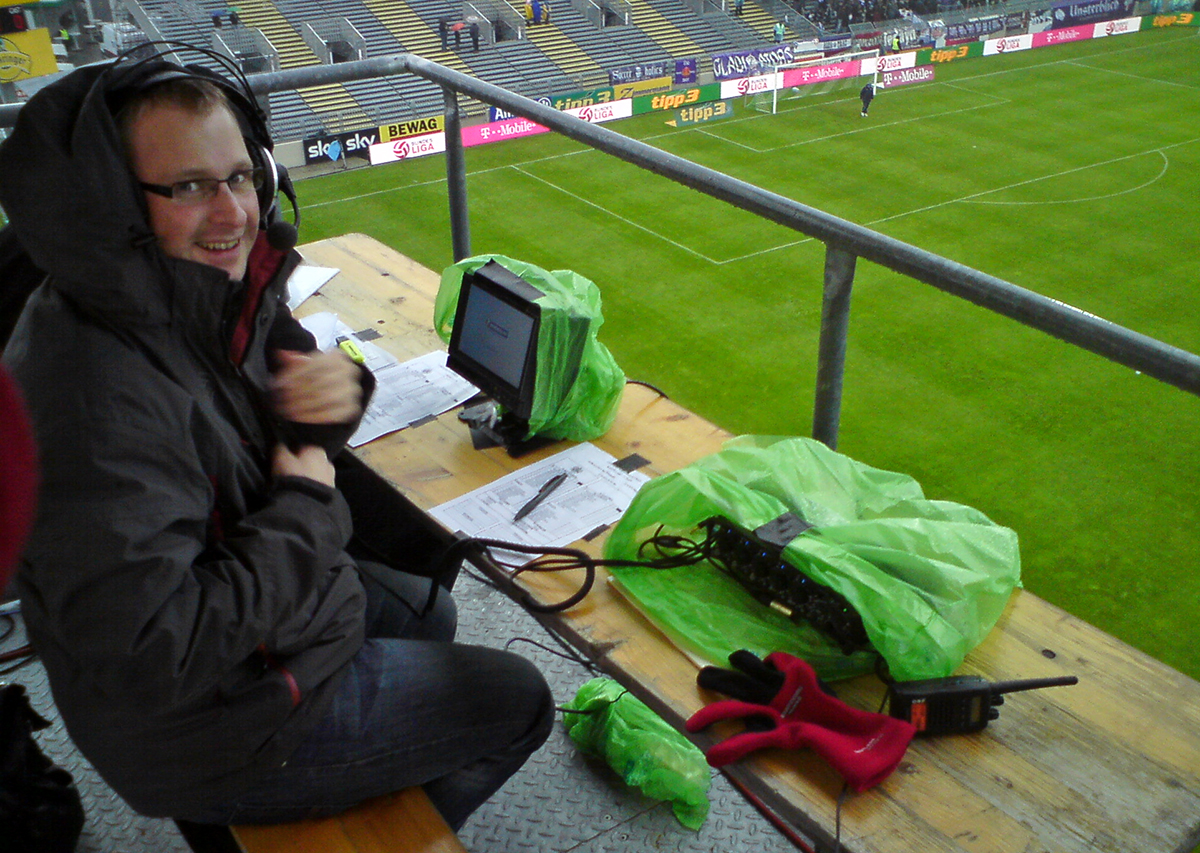 Kastelic and his team mix multiple channels of audio, giving them the ability to portray the various aspects of the game being played on the field, as well as the stadium ambience. In addition to his detailed in-match accounts for those that are blind or visually impaired, Kastelic is also tasked with supplying broadcast quality audio to several German public television stations, as well as live web streaming to the Austrian Football Association (Österreichischer Fußball-Bund or ÖFB).

Video Devices PIX 240i and PIX-E5 are important tools in describing what is happening on camera. Kastelic typically employs two PIX 240i’s and one PIX-E5 for each event to help commentators describe exactly what is being captured. “We are the only company that provides live audio descriptions,” says Kastelic. “In addition to football games, Audio2 also supports other events including television shows, Formula 1 and skiing, to name a few. We support about 1,000 hours every year of on-air live audio descriptions. We use the PIX 240i and PIX-E5 along with our range of Sound Devices audio products for this.” 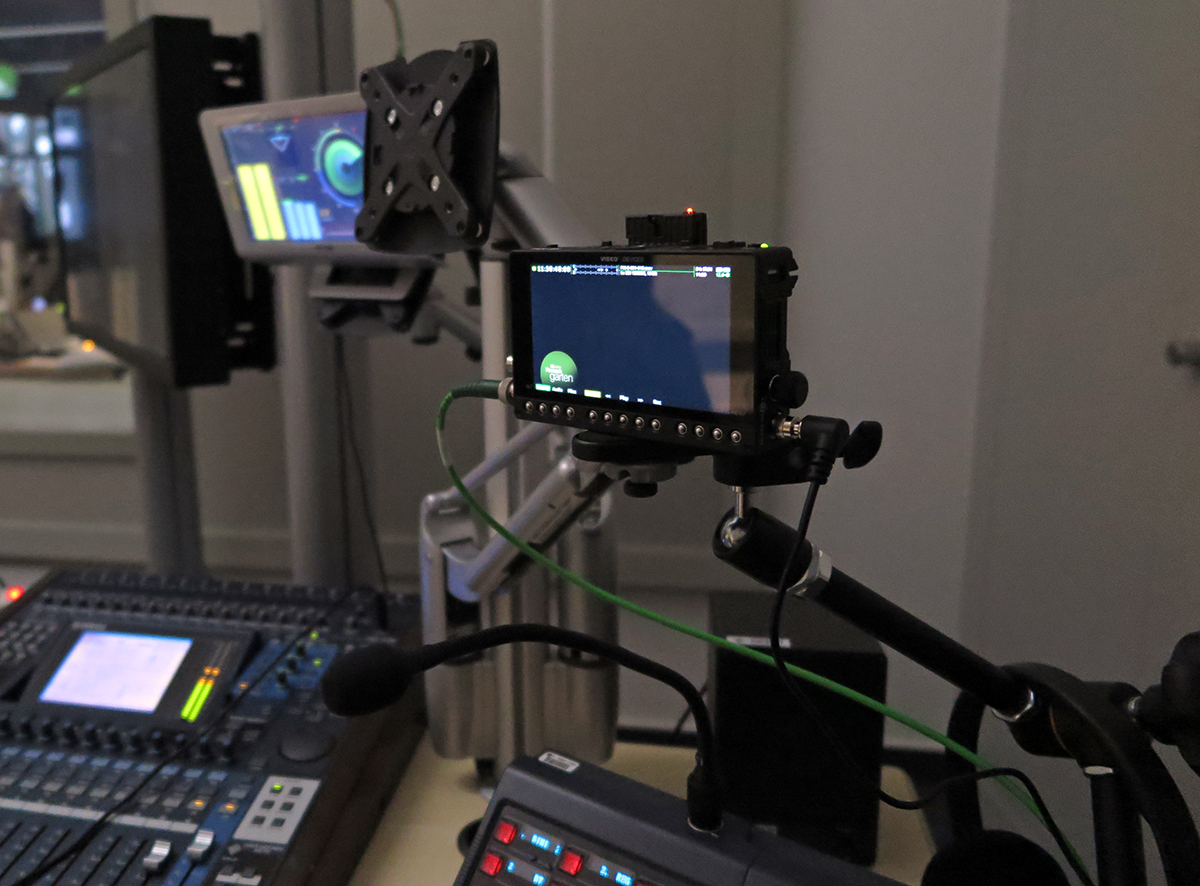 The PIX-E5’s SpeedDrive™, a custom-designed media enclosure that houses an industry standard mSATA solid-state drive, has also proved invaluable for Kastelic, especially during sound checks and prep. When connected to the rear of the PIX-E5, the SpeedDrive’s USB 3.0 interface automatically switches to a mSATA interface. It can then be easily plugged directly into a computer for efficient and fast transfer of files.

“Being able to directly and immediately import files onto the computer gives the commentators the ability to prepare their own description notes in terms of very specific details of an event,” says Kastelic. “This can include an explanation of a woman’s dress or what kind of music is being played. Being able to create detailed visual images for those who may not be able to actually see it for themselves is something we take great pride in. Thanks to the wonderful equipment from Sound Devices and Video Devices, we can continue to provide every person with a memorable experience.”

Kastelic also plans to integrate the latest 688 mixer/recorder for some upcoming projects, as he is excited to see how the recent Dugan Speech System™ automixing feature performs inside the loud atmosphere of the stadium. 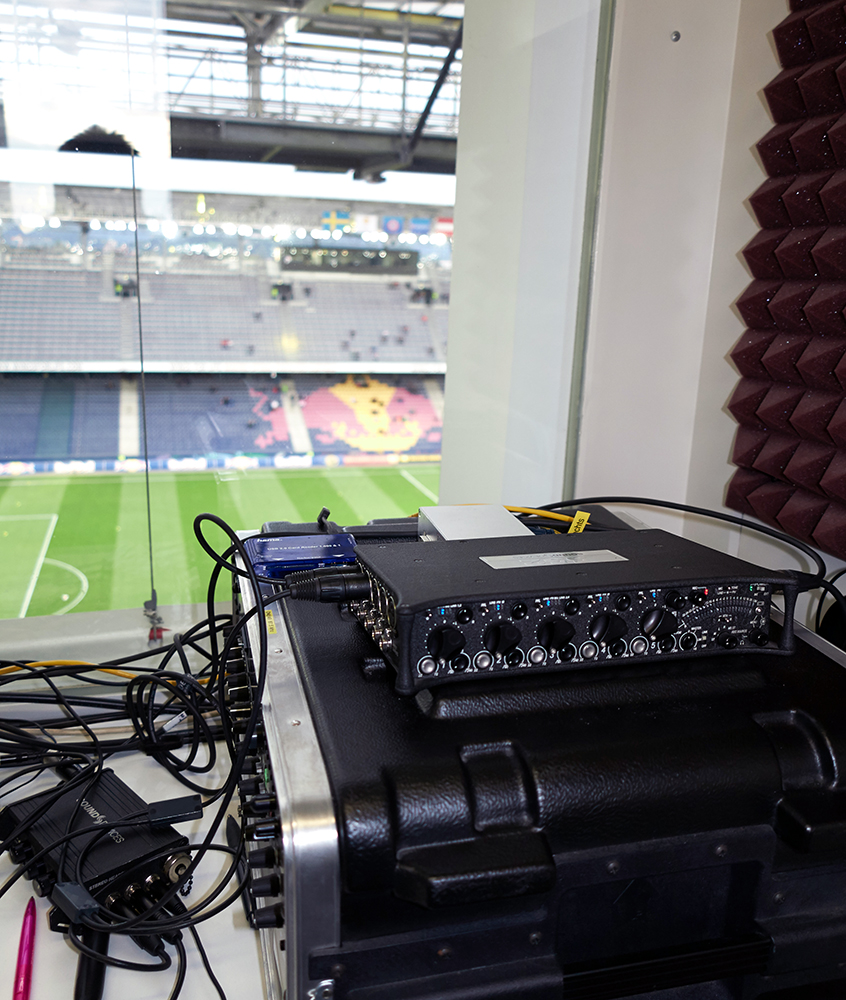