LOS ANGELES — Dan Slater is a legend at his craft. In the 1970s and early 80s, he worked in Hollywood on special effects system design under the tutelage of special effects wizard Douglas Trumbull (2001: A Space Odyssey). Slater went on to receive two technical ACADEMY AWARDS® in 1980 (technical achievement) and 1988 (scientific and technical). In the 1980s, Slater transitioned fully to a career in aerospace, working primarily in rocket and spacecraft flight and ground systems engineering, antenna measurements, and optical systems design. In recent years, Slater became interested in merging the best parts of aerospace and cinema technologies. 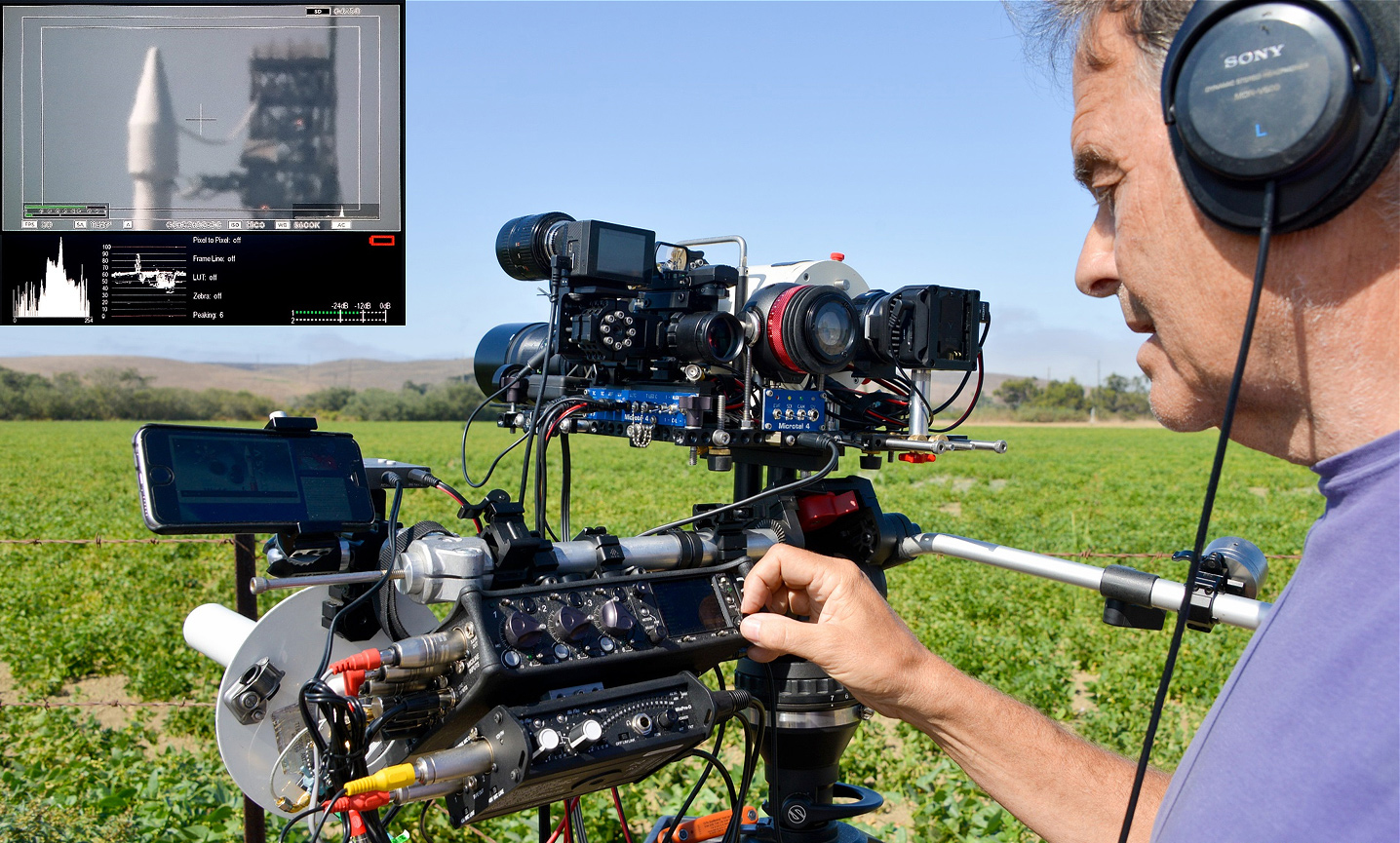 From a visual perspective, Slater typically captures extreme telescopic images of rockets and other aerospace vehicles, very distant terrestrial scenes, and also microscopic images. Additionally, Slater has been developing a new microphone technology called Remote Acoustic Sensing (RAS) that recovers interesting sounds not detectable by conventional microphones. Examples of this include listening to the sounds of distant rocket flights and at the other extreme, the sounds produced by microscopic organisms.

After a digital video recorder crashed and lost all data during a 2013 rocket launch, Slater decided to obtain a high-quality, portable broadcast video recorder. From his research, he selected the Video Devices PIX 240i because it would accept both 1080p high-definition video and NTSC SDI video that is produced by several of his special low-light and thermal cameras. At the same time, Slater purchased a Sound Devices 633 mixer/recorder to better support his RAS development along with a Sound Devices MixPre-D compact field mixer to round out his equipment.

For Slater, the 633 is the core piece of equipment in his audio subsystem. It accepts multi-channel RAS signals, timing, and other audio inputs, while recording and distributing multiple signal combinations. 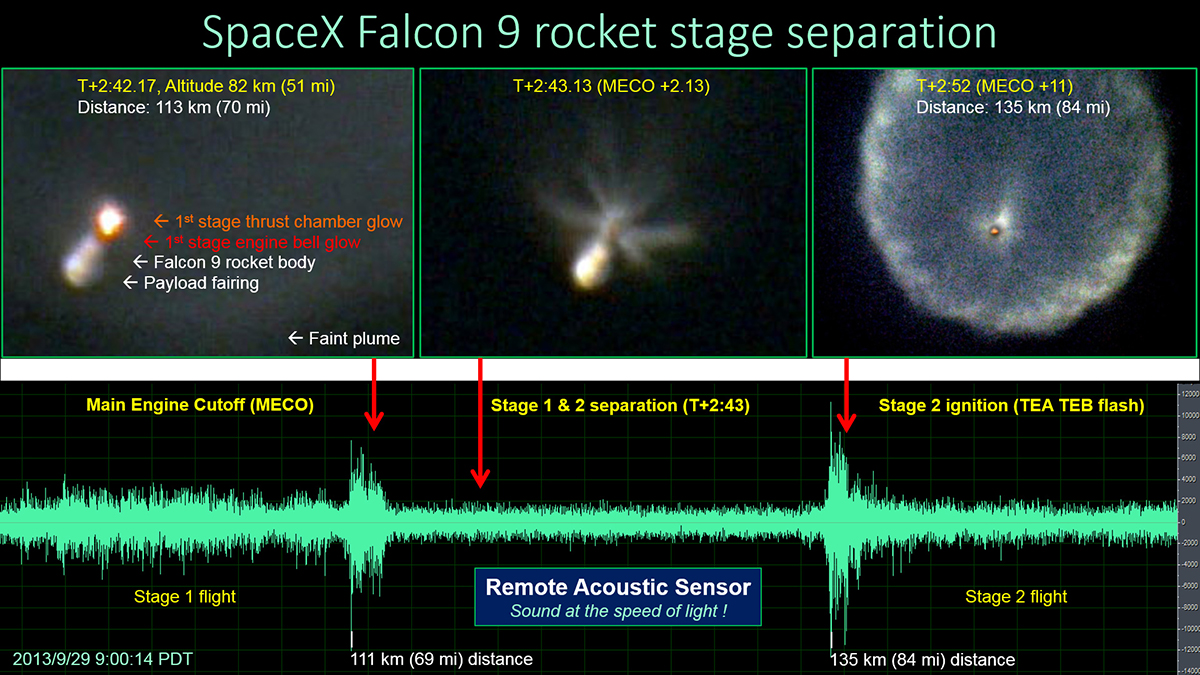 “The 633 has delivered perfect reliability,” says Slater. “I have never had any operational problems. The wide dynamic range with analog limiters and low noise preamplifiers has been helpful as the rocket acoustic signal levels can vary unpredictably over a very wide range. This includes when the rocket is a few miles away to the much fainter sounds when the rocket is hundreds of miles away. The easy-to-use, configurable headphone monitoring has also been important. The intuitive user interface prevents mistakes in the adrenaline-charged launch environment, often with long hours, late nights, and very early mornings. The four-way, high-reliability power system prevented the loss of audio data during one cold weather launch. I am mainly using the recorder with ISO tracks, but having the mixer has been useful for monitoring during tracking and for sending real-time audio feeds. I purchased the MixPre-D primarily to add two additional low-level audio channels to the 633. It was first used to support a rocket launch in Florida.”

Slater has also been happy with the performance of his PIX 240i. “The PIX 240i is a highly-reliable, compact, versatile video recorder. I really like that the recorder supports standard NTSC SDI video as produced by some of the specialized scientific cameras. I do not know of any other high quality compact video recorders that can record NTSC signals. The recorder’s low-level audio preamps are also nice.”

Along with his Sound Devices and Video Devices gear, Slater’s rig also features some cinema industry standard hardware, including Blackmagic®, Nikon® and Sony® gear, but in general, the telescopic sound cameras are entirely custom built. These cameras range in size from small airline carry-on systems to larger 18-inch aperture optics.

For his daily workflow, Slater’s video and audio files are processed in a Windows® environment using Adobe Premiere® and Audition® and other specialized software. The workflow starts with establishing high-accuracy, absolute UTC timing for all video, audio, and other data sources, as these need to be precisely correlated with imagery, flight data, and events from other sources. Video processing includes correcting for the low-contrast and atmospheric thermal distortion of the distant scene. Audio processing includes spectral equalization, specialized filtering, and interference removal.

“I have been very impressed with my Sound Devices and Video Devices gear,” concludes Slater. “The reliability, ruggedness, straightforward operation and versatility to handle unexpected issues in the challenging launch vehicle imaging environment has been quite helpful.”