NEW YORK, NY — As an expedition-style-documentary sound mixer, David Ruddick has worked in some of Earth’s most extreme environments. From scorching heat to blistering cold, Ruddick knows the importance of having reliable gear on location. That’s why he’s made the Sound Devices 633 Production Mixer the backbone of his compact audio rig.

Weight, battery life and quality are his top priorities, so when Sound Devices introduced the six-input, 10-track 633, Ruddick incorporated the all-in-one recorder/mixer into his audio rig. “I knew the 633 would be a bag-changer for me due to its compact size and functionality,” he says. “When you’re hiking with gear on your back, less is definitely more. The 633 is a pretty amazing tool in a small box.” 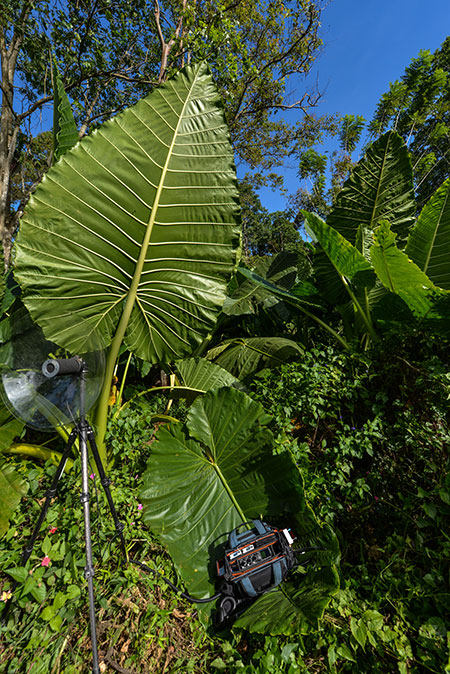 Ruddick has already put the 633 through its paces around the world, from the super humid and wet conditions of the Philippines to the icy cold weather of Canada and Utah. In the Philippines, he recorded the Philippine eagle, one of the largest birds of prey in the world, for the Cornell Lab of Ornithology, a member-supported unit of Cornell University that studies birds and other wildlife. The super-long battery life of the 633 was crucial to this project, as accessibility to electricity was limited. Not having to constantly worry about battery power gave him the peace of mind needed while working in such a remote location.

Ruddick then headed to the cold of Canada and Utah to film skiing for the Teton Gravity Research series, Locals. “I literally went from hiking muddy hot trails to snowy mountains,” he notes. “The contrast of these two locations is a true testament to the durability of Sound Devices products. And of course, most importantly, the 633 sounds great. I have used Sound Devices equipment for a long time, and its gear has consistently worked well in the harsh environments I have subjected them to; the 633 is yet another great product from the company.”

Ruddick found it easy to transition the 633 into his expedition-ready audio setup, finding it compatible with many of the mainstays of his rig, such as Lectrosonics wireless receivers and Schoeps and Sennheiser shotgun mics. In addition, Ruddick always packs a Sound Devices USBPre 2, a high-resolution, portable hardware interface for Mac- and Windows-based digital audio. He calls upon it for playback from a computer, which is extremely useful while on location. He also employs it to extend the number of preamps on the 633 so that he can capture surround recordings.

The 633 offers dual-card slots that record to either one or both cards simultaneously, with the added ability to assign different tracks to each memory card. The 633’s high-accuracy, Ambient-based timecode generator/reader assists in multiple-camera and double-system sound applications. All common production timecode rates and modes are available. Extensive file metadata is supported along with the timecode. The 633 also features a keyboard port for quick and easy metadata entry. Unique to the industry, the 633 is equipped with a four-way power supply and Sound Devices’ proprietary PowerSafeTM technology. 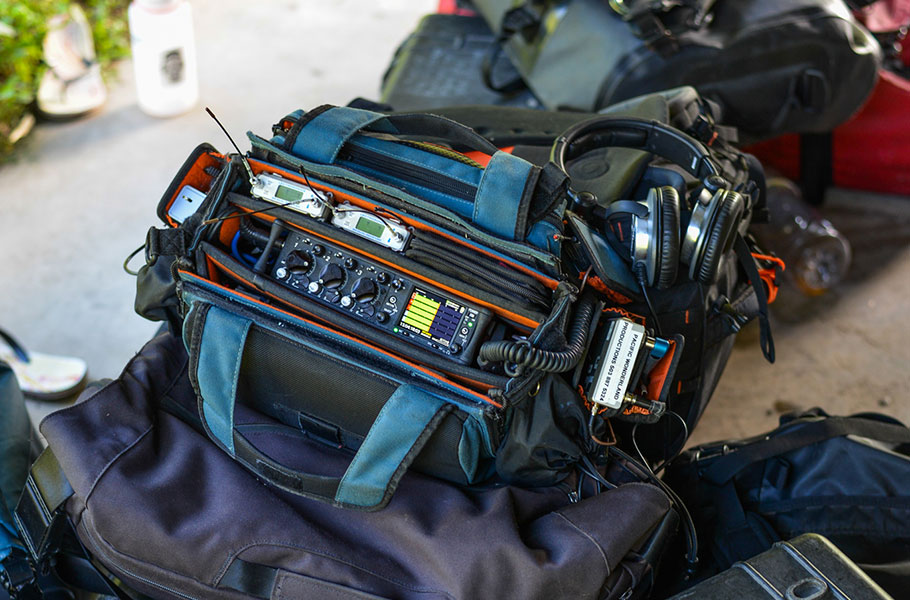