Sound Devices has grown into an international brand that prides itself on providing high-quality products, coupled with a customer-focused, accessible and personable approach. Headquartered in Reedsburg, Wisconsin, Midwestern values such as hard work, integrity and courtesy are ingrained in the company’s DNA.

Sound Devices reinforced and honored such values during the design process and partner selection for its newest product, the CL-12 linear fader controller. The CL-12 is an optional accessory that significantly expands the mixing capabilities of the 688 mixer/recorder.

The CL-12 comes in two models: a standard model and the Alaia™, a higher-end model featuring smooth-gliding Penny & Giles (P&G) faders. As an added feature, the Alaia also comes outfitted with custom hardwood side panels, made locally in Wisconsin. Sound Devices sought to hire a business that could provide the utmost craftsmanship and quality. Ultimately, they chose J&E Custom Woodworks in the rural village of Cashton, not far away from the Reedsburg office.

“A friend of mine works with J&E to create custom displays for musical instruments,” said Tim Schroeder, Mechanical Engineer at Sound Devices. “I mentioned that we were looking for a high-quality woodworker for a project we were working on, and he said ‘I have just the guy you’re looking for.’”

The Amish craftsmen at J&E developed expertly handcrafted custom side panels, perfectly suited for the CL-12 Alaia, in both Red Mahogany and Blonde Maple hardwood.

“We supplied the specs and originally were just going to go with mahogany parts,” said Ross Madrigal, Mechanical Engineer at Sound Devices. “While touring their facility they showed us the curly maple wood and we decided to proceed with this material, as well. In addition, J&E suggested that we use a clear finish on the maple pieces and the parts turned out beautiful, as did the mahogany pieces.”

The technology and design process used to craft the hardwood side panels is truly unique. As an Amish business, no electricity is used. All power tools, such as drills, saws and sanders, are powered via diesel engine through a system of timing belts. With no access to computers, all communication between Sound Devices and J&E was conducted in a weekly phone call, via the lone phone line in a shed next to Cashton’s town hall.

The partnership between a high-tech manufacturer and Amish craftsmen seemed like an unusual pairing, but the end result was truly a landmark product for Sound Devices. This collaboration successfully bridged the gap between modern audio technology and custom Amish craftsmanship. The pairing of the console with side wood panels is also a nod to ‘classic’ mixing consoles, and consumer electronics from the 1960s. The addition of wood adds character, an artistic element, a one-of-a-kind quality due to the individuality of the grain and feel of each piece of wood, and an aesthetically pleasing presence hinting to the artistry still needed in such a technological area of expertise – sound mixing.

“I was impressed with their attention to detail and ability to manufacture parts to Sound Devices tight tolerances without the aid of any CNC machinery,” Madrigal adds.

The beautiful custom hardwood became the inspiration behind the product’s name, the CL-12 Alaia. The CL-12 Alaia (pronounced “ah-LIE-ah”) is named in homage to the historic, hand-carved wooden surfboards used globally pre-20th century; they also had a recent resurgence in popularity in the early 2000s. The finless longboards were renowned for their flawless design, durability, and longevity, and like any wooden piece, was once alive, proved to be unique in grain and color, and provided a connection to the surrounding environment.

As the business relationship evolved, a mutual trust and respect was formed between the two unlikely partners. J&E invited Sound Devices to their farm to see firsthand how the side panels are made. Each panel takes an hour to create, start to finish. The following photos provide a look at the superior skill, patience and artistry behind each CL-12 Alaia side panel, as well as a brief glimpse into the life of a true Amish craftsman.

Here’s a link to a short video album from the trip. And, a link to the ProSound News feature article. 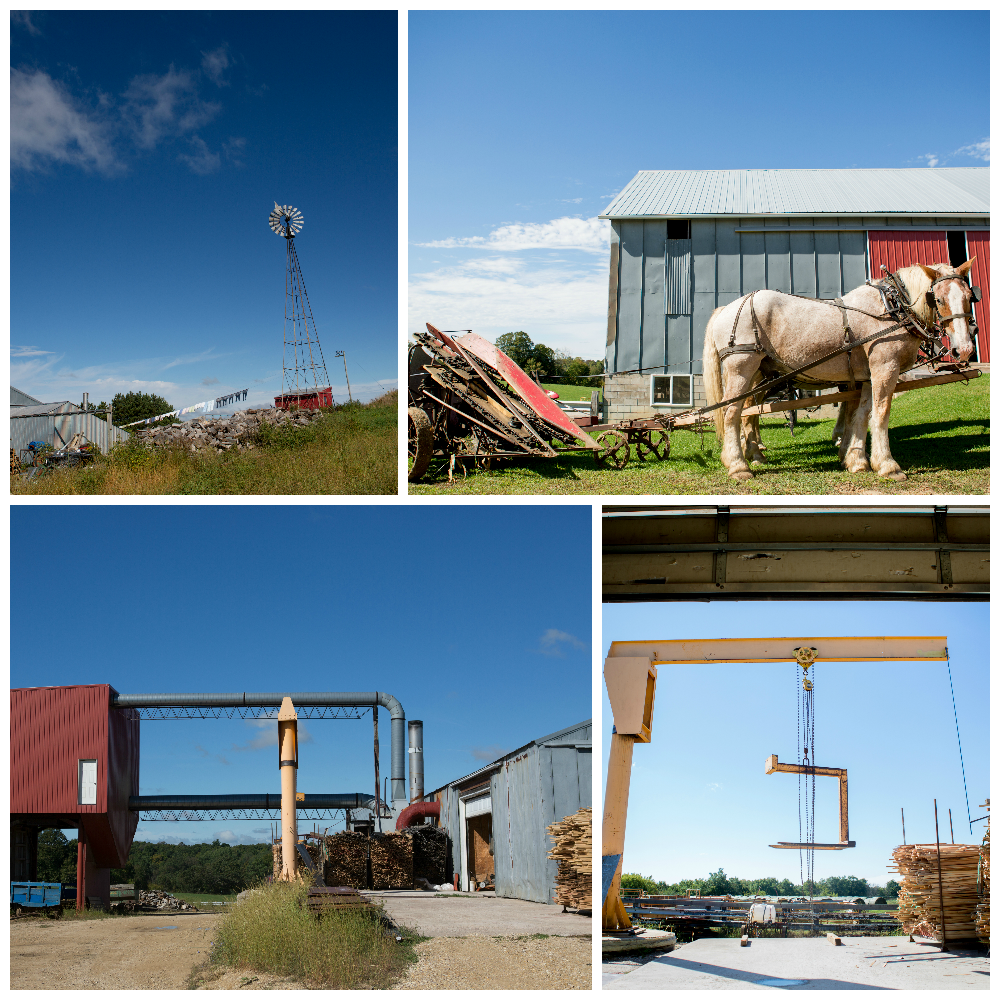 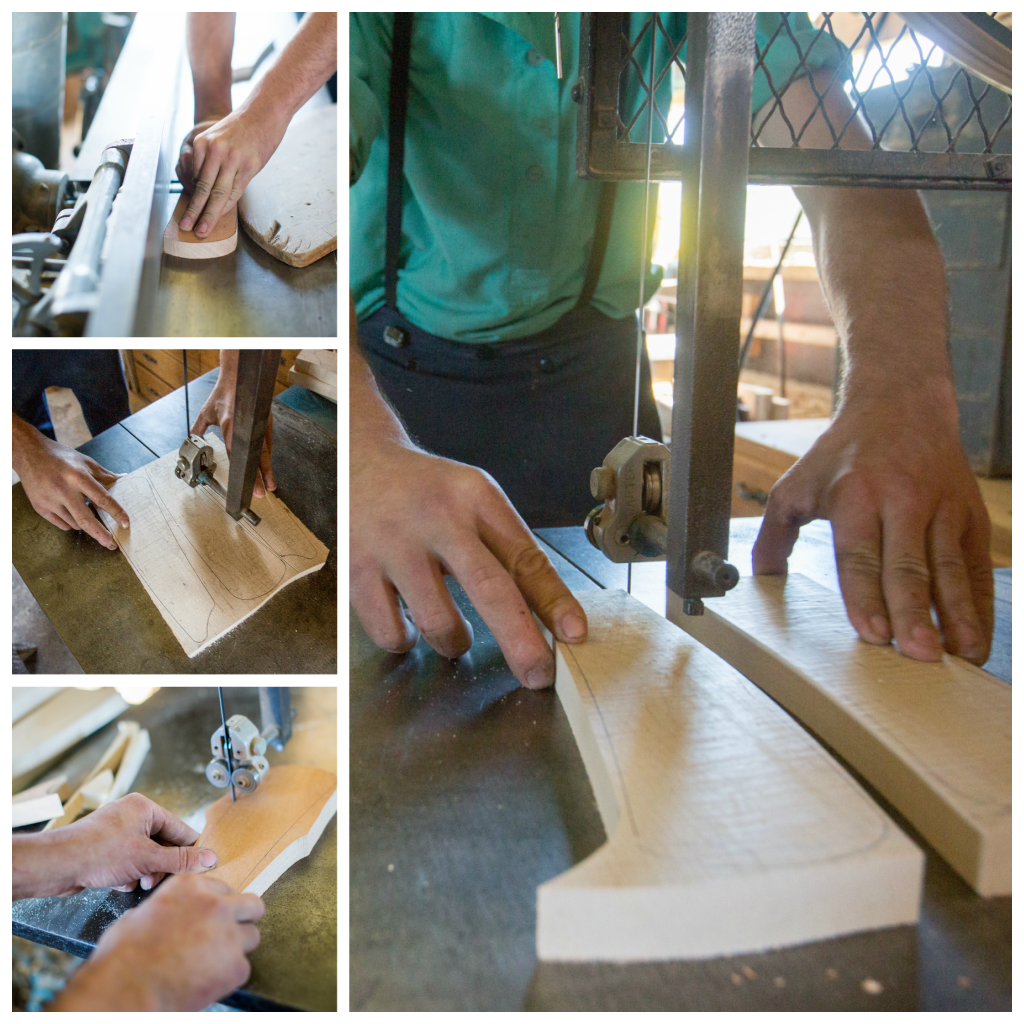 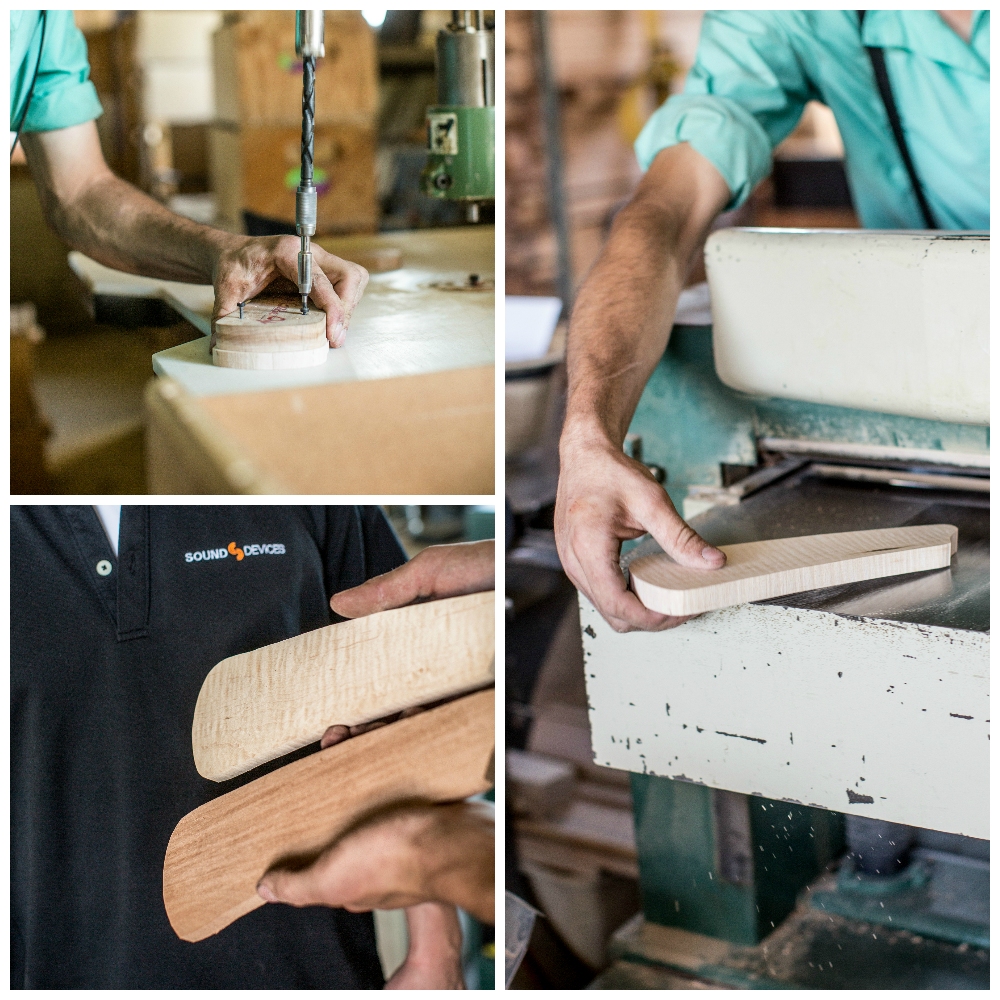 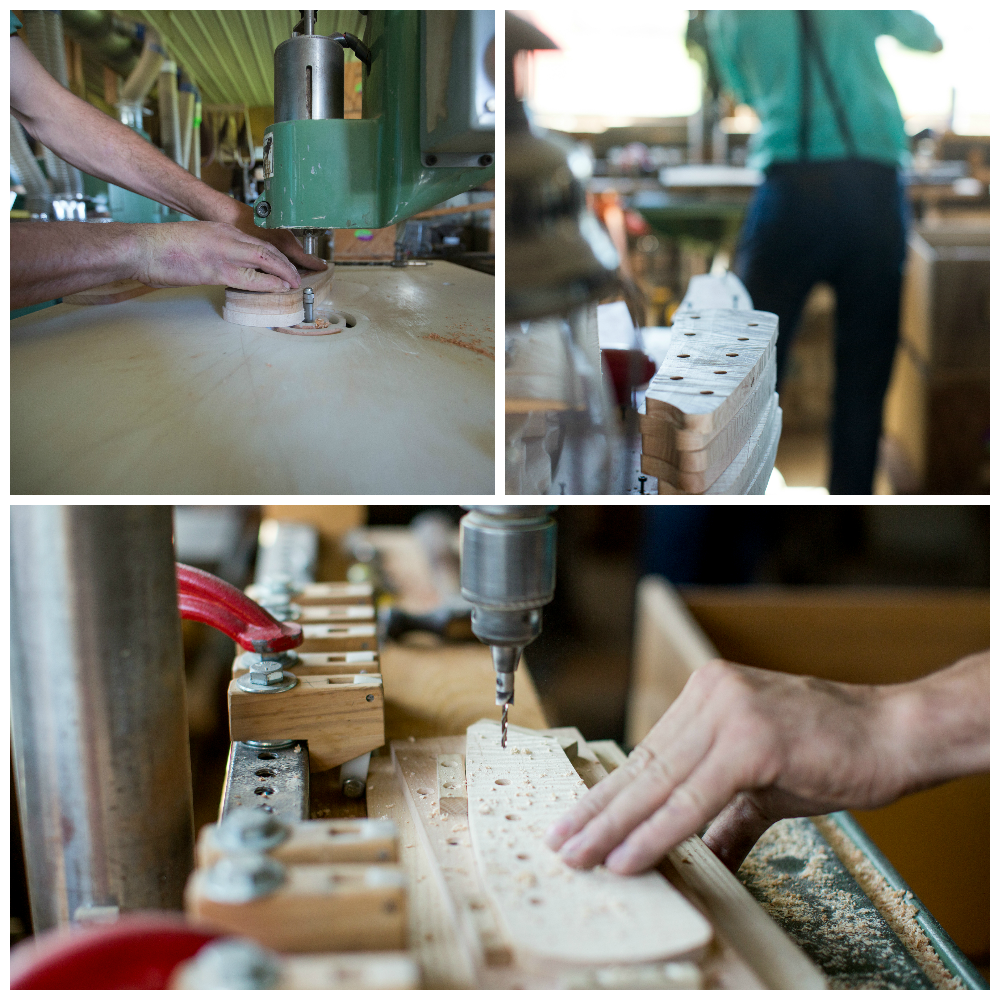 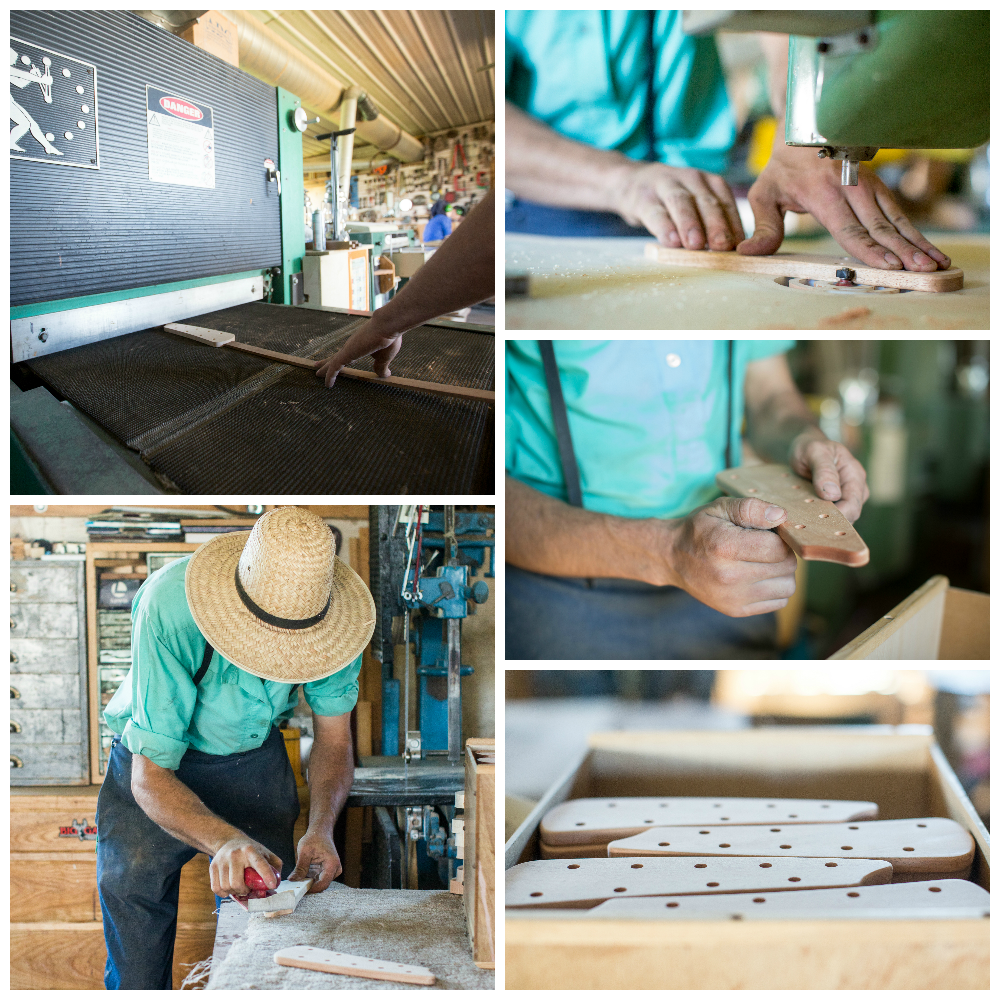 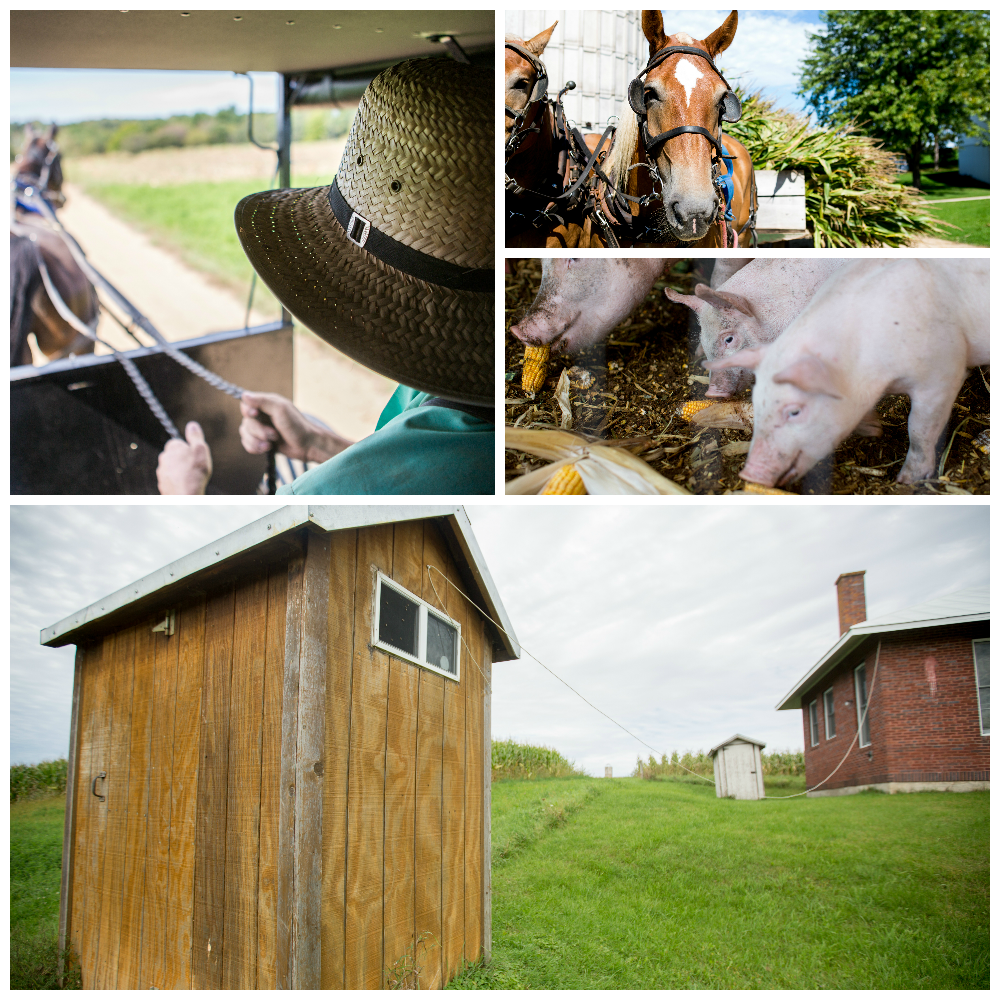