Veteran sound engineer brings 688 to the set of NBC‘s comedy variety series, I Can Do That! where the 688’s MixAssist™ technology proves ideal for the reality-style production.

Hollywood, CA – Not long after Sound Devices introduced its groundbreaking new 688 mixer/recorder, veteran sound engineer Daniel S. McCoy, CAS, became one of the first in the industry to deploy it in the field, employing it for the new one-hour NBC comedy variety series I Can Do That! Hosted by comedian/actor Marlon Wayans, I Can Do That! brings together acclaimed dancer and choreographer Cheryl Burke, superstar recording artists Ciara, Joe Jonas and Nicole Scherzinger, stand-up comedian Jeff Dye and actor Alan Ritchson to compete with unique, breathtaking acts. The show, unfolding over the course of six weeks, will designate one cast member as the season’s ultimate entertainer during the finale.

Sound Devices released the 688 during week two of the show’s production. McCoy and his crew—including Peter Ølsted, Matt Brodnick, Eric Pierce, Gary Tomaro, Troy Wilcox, and Ernie Munoz—immediately integrated the 688 into production. “The 688 adapted nicely to reality-style situations and performed flawlessly for the remaining five weeks,” says McCoy. “We really depended on the MixAssist™ feature to give the mono-mix the ultimate signal noise ratio to the cameras we were feeding.”

Representing a major evolution in Sound Devices’ mixer and recorder products, the 688 harnesses the best of Sound Devices’ successful 633, 664 and 788T products; it is the most powerful portable mixer/recorder available on the market today. It comes equipped with such stand-out features as MixAssist auto-mixing functionality, 12-inputs, eight-outputs, digital mixing and routing, 192-kHz sampling, audio delay on inputs and outputs, PowerSafe™ and QuickBoot™. 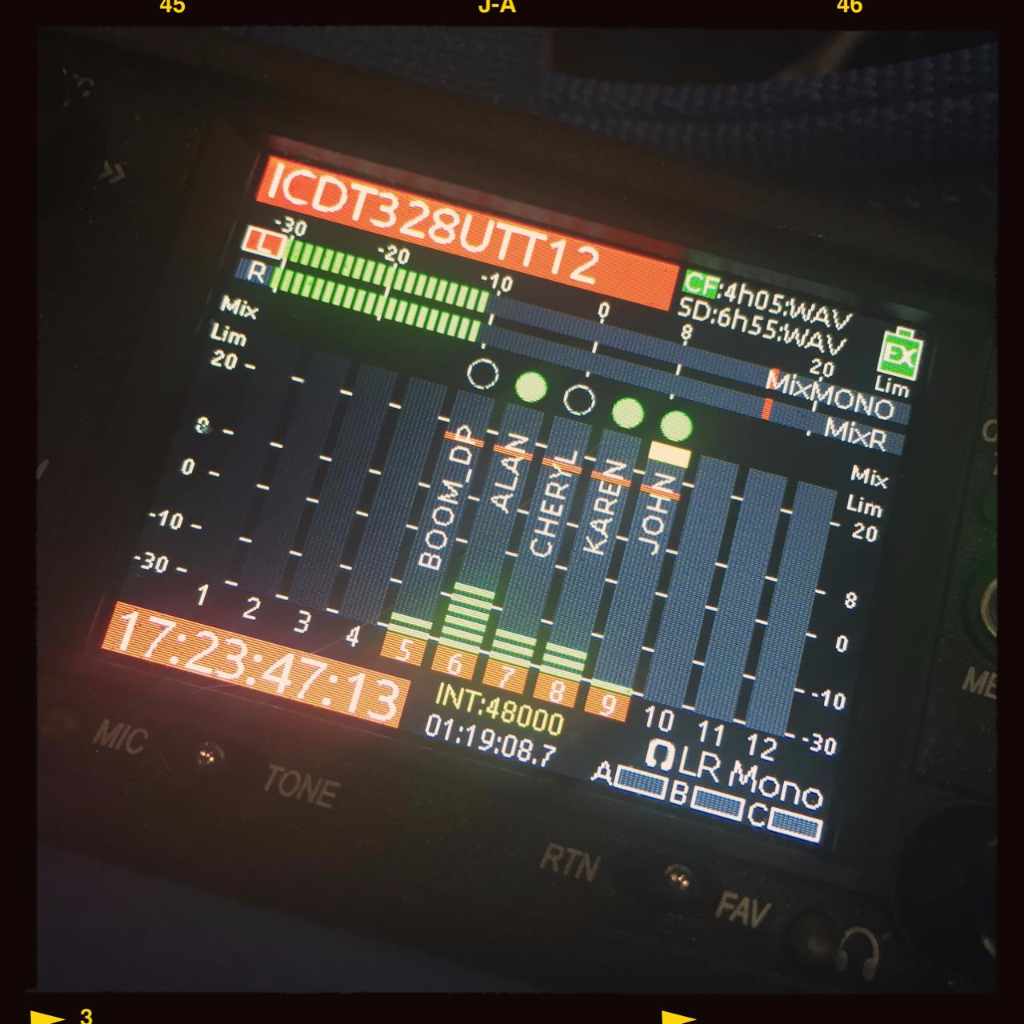 The 688 is the first 6-series mixer/recorder to incorporate Sound Devices’ MixAssist technology. First introduced with the 788T, MixAssist has been expanded in the 688 to offer 12-channel automatic mixing capability. Using the most sophisticated algorithm on the market today, MixAssist automatically attenuates the level of inactive inputs and maintains consistent background levels regardless of the number of open microphones. Comb filtering and phasing artifacts are also reduced by intelligently attenuating microphones receiving the same audio signal.

“As the production schedule got tighter, we had to move faster, so having the 688 at our disposal was a huge advantage for us,” says McCoy. “The 688 is extremely power efficient, faster to boot up, and the MixAssist makes it much easier to mix rotary faders, compared to what we had been using in the past. We were booming and mixing most of the time. With MixAssist active, you can really focus on the booming and the location of your overhead mic. It gave us tremendous peace of mind to know that the lavs were being covered appropriately by MixAssist.”

McCoy utilized channels 1, 2, 5 and 6 on the 688 for digital signals, and channels 3 and 4 for analog. In addition to the 688, McCoy used Wisycom MCR42S-US dual true-diversity UHF miniature receivers, DPA d:screet™ 4061 miniature microphones with a Lectrosonics UCR411 wireless microphone kit, and SMV UHF belt-pack transmitters.

“The show sounds great, and I have been really impressed with the quality and features of the 688,” adds McCoy. “I plan on using it whenever possible on my future projects.”