6-Series firmware update adds coveted Dugan and MixAssist auto mixers to the 633, and Sennheiser EK-6042 support with the 688 and SL-6 accessory.

Sound Devices added Dugan’s well-known automatic mic mixing to its 688 mixer/recorder in 2016, making it the first field mixer to incorporate the technology. The inclusion of the Dugan Speech System™ and MixAssist to the compact 633 mixer makes it the go-to tool for more portable production applications. The new feature provides automixing for up to six audio channels.

“Sound Devices is proud to offer two industry-leading automixing algorithms to 633 owners. On a given day, users now have the choice on which automixing tool best suits their needs,” says Matt Anderson, CEO of Sound Devices, LLC. “Adding both automixing options brings an already-impressive product to another level. We encourage users to experiment with both to hear the subtle differences between the two algorithms and to help them produce the best audio possible.”

Getting a great production mix can be challenging in many field applications. Unscripted dialog, multiple characters, and wide-and-tight multi-camera coverage often require the use of wireless lavalier mics and multi-track recording. In these situations, auto mixers improve intelligibility, reduce noise and reverberation, and maintain consistent overall gain as microphones are turned on and off.

Dugan automixing is widely used in broadcast television applications, in dialogue recording for TV and motion picture production, and in house of worship (HOW) applications. It also is a good choice for teleconferencing, video trucks, and theater applications with multiple wireless microphones on stage. Dugan automixing takes over the nerve-wracking job of cueing mics in and out, freeing up the location recordist to pay more attention to the actual mix balance. Mixes are cleaner and post-production time is reduced.

MixAssist automatically attenuates the level of inputs that are not active and helps maintain consistent background sound levels regardless of the number of open microphones. Comb filtering and phasing artifacts are also reduced when multiple mics pick up the same sound source by intelligently attenuating redundant mics. The end user can define the amount of off-attenuation MixAssist uses. MixAssist can be used for mixing many speech-specific applications, including reality TV productions, broadcast TV programs, wireless multi-mic dialogue recording for TV and motion picture production, sound applications for various corporate needs, HOW capture, and more. 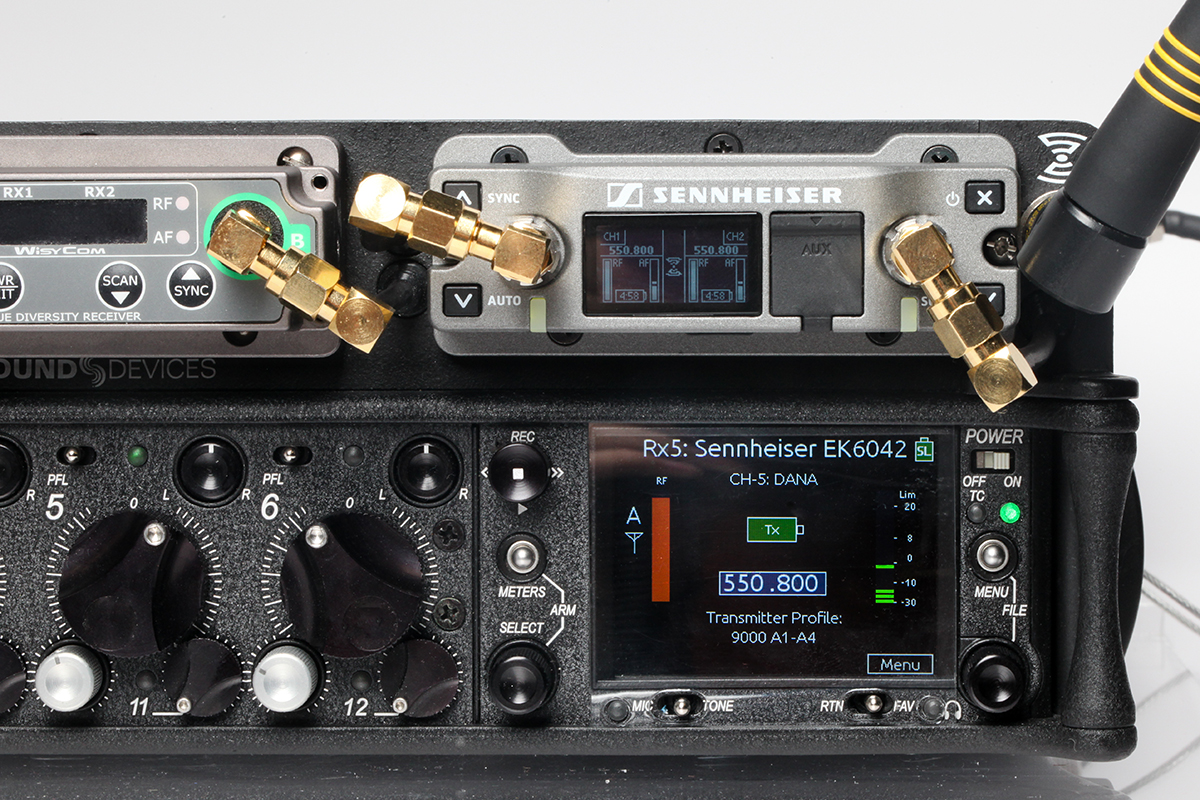 “The 688 mixer/recorder with SL-6 accessory provides a new breed of wireless control, powering, and interfacing with multiple wireless receivers. We’re excited that we can now offer this technology to users of the Sennheiser EK-6042,” said Anderson.