Underwater observatory takes Sound Devices USBPre 2 on a deep dive to record hydrophone signals off the coast of Germany.

Heligoland in the North Sea – Marine researchers at the Alfred Wegener Institute maintain remote underwater observatories to count and measure macrobiotic organisms in coastal areas in the Northern and Arctic Seas. The stereoscopic observatory RemOs2 in Heligoland, a small German island group in the North Sea, is embedded within the European infrastructure Coastal Observing System for Northern and Arctic Seas (COSYNA) for coastal and climate change research. The RemOs2 examines the underwater animal world 400 meters north of Heligoland with a stereoscopic camera system.

Initiated by the project Computer Signals II at Zurich University of the Arts, the RemOs2 is extended by a high-resolution hydrophone to stream and capture the underwater audio sphere. The RemOs2 is built for continuous operation over multiple years. The project team chose the Sound Devices USBPre audio interface because of its robust build and audio quality. The USBPre 2’s high-performance limiter and high pass filter also helped to cut through the immense range of underwater noise and low frequencies. These features and its Linux system compatibility made the USBPre 2 an ideal fit for the project. 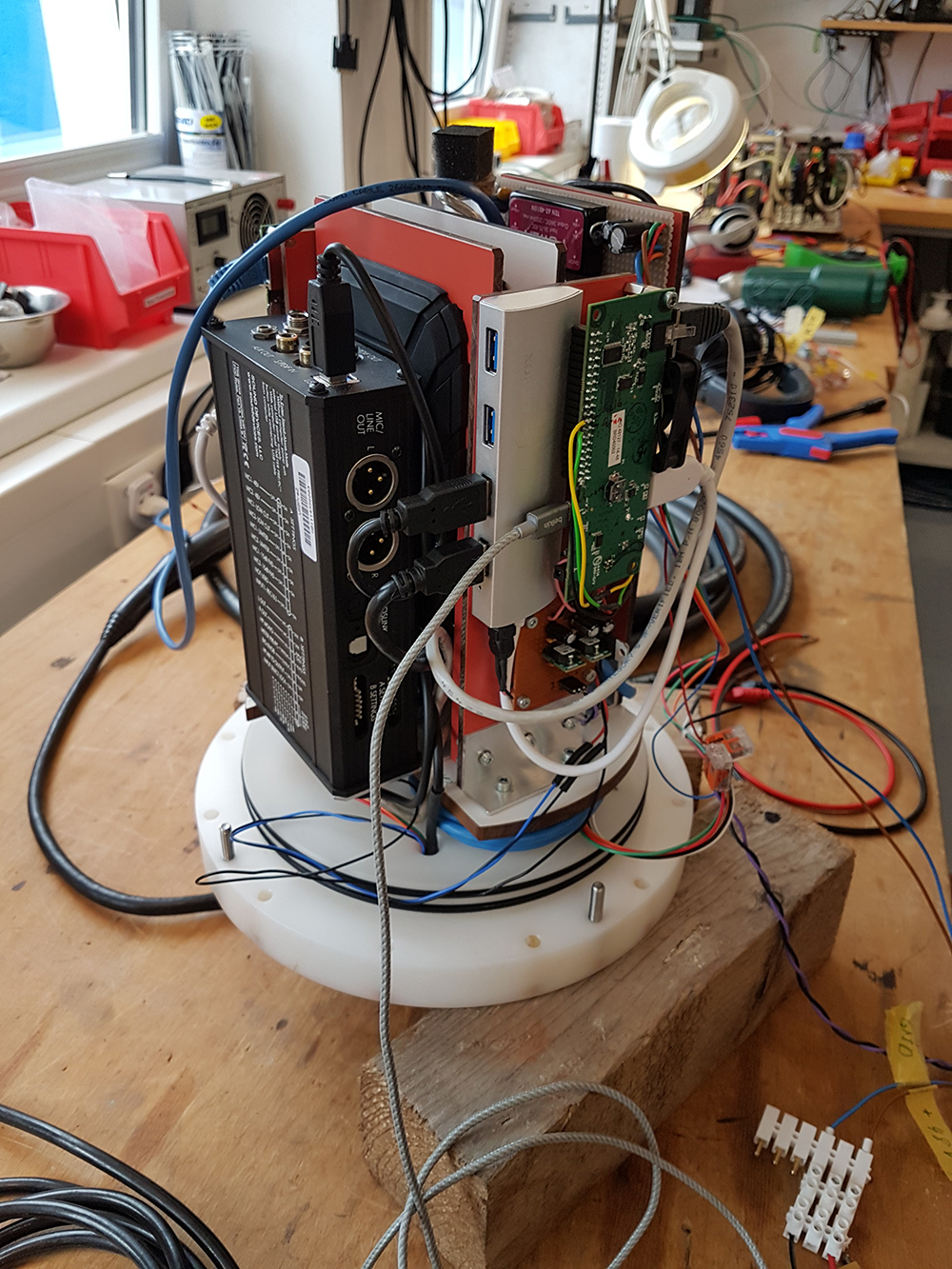 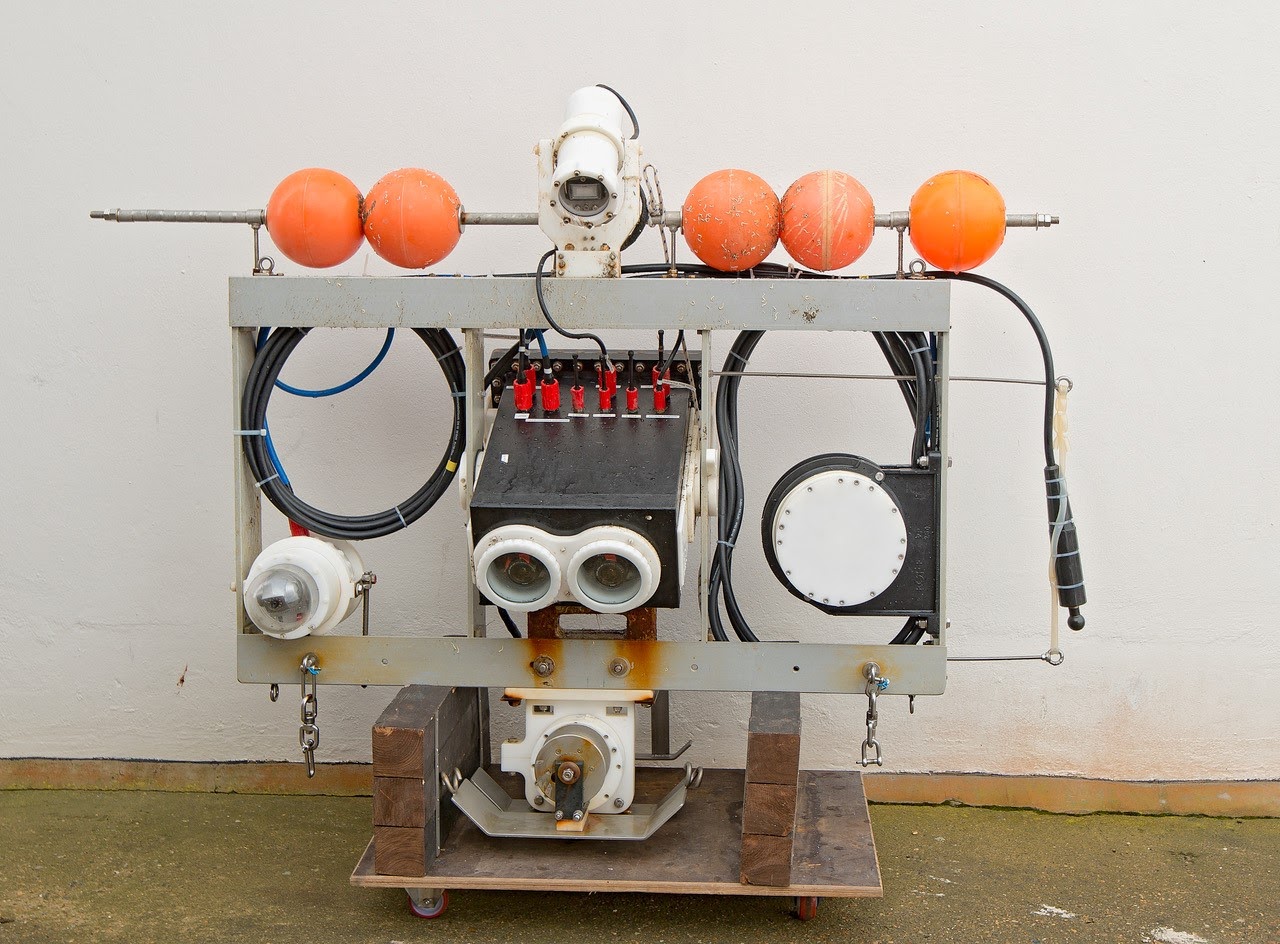 We caught up with the initiator of the RemOs2, Zurich University of the Arts Professor Hannes Rickli, and Rycote’s Chief Technology Officer Timo Klinge, to learn more about this unique project:

Q: How many students and professors are involved in the RemOs2 project?

Q: Can you describe the importance of high quality audio relative to the research that is being conducted?

A: Prof. Rickli: We are setting up a long-term recording of the underwater audiosphere off the shore of the North Sea island of Heligoland. Within the experimental field MarGate, (https://www.awi.de/en/science/special-groups/scientific-diving/margate.html) we are planning to record continuously for several years. Noises of anthropogenic origin dominate in the recordings, like the clattering sounds of the underwater observation infrastructure in the current and the passing boats. Rare and far weaker are acoustic signals from animals. In order to be able to reproduce the very high dynamics and range of frequencies occurring, we need specially designed hydrophones and sound cards. The equipment must be stable and durable. It is planned to build a parallel system off the shore of Spitzbergen in the Arctic Ocean in 2018 for comparative surveys. Originally, the project was initiated from the perspective of art. In the meantime, there has been several years of technical cooperation with the AWI fish ecologists, and the results are put at the disposal of the scientists.

Q: What is the process in which audio is being captured? What mics into the USBPre 2, and how does it interface with the master unit?

A: Prof. Rickli: We record animal sounds, like from seals, marine mammals, and fish, and want to contrast these organic sounds with human-made acoustic emissions such as marine engines and wind parks. We’re capturing audio using the Ambient Recording TC4042 Spherical Hydrophone and the Sound Devices USBPre 2.

Q: What is the “master unit” being used to record the audio?

A: Prof. Rickli: The USBPre 2 is attached to a Gumstix DuoVero COM board via a powered USB hub. The SoundDevices-driver for Linux currently limits the supported sampling rate to 48 kHz.

Q: What was Ambient Recording’s and Timo Klinge’s role in this project?

A: Prof. Rickli: Since the AWI has already carried out major projects in the area of long-term hydroacoustics (https://de.wikipedia.org/wiki/PALAOA) and for these projects Ambient Recording has delivered the devices, Prof. Fischer referred us to this company in Munich where Timo Klinge helped us with his knowledge of underwater acoustics and audio and set up the selected Hydrophone TC 4042 and the USBPre 2 interface. 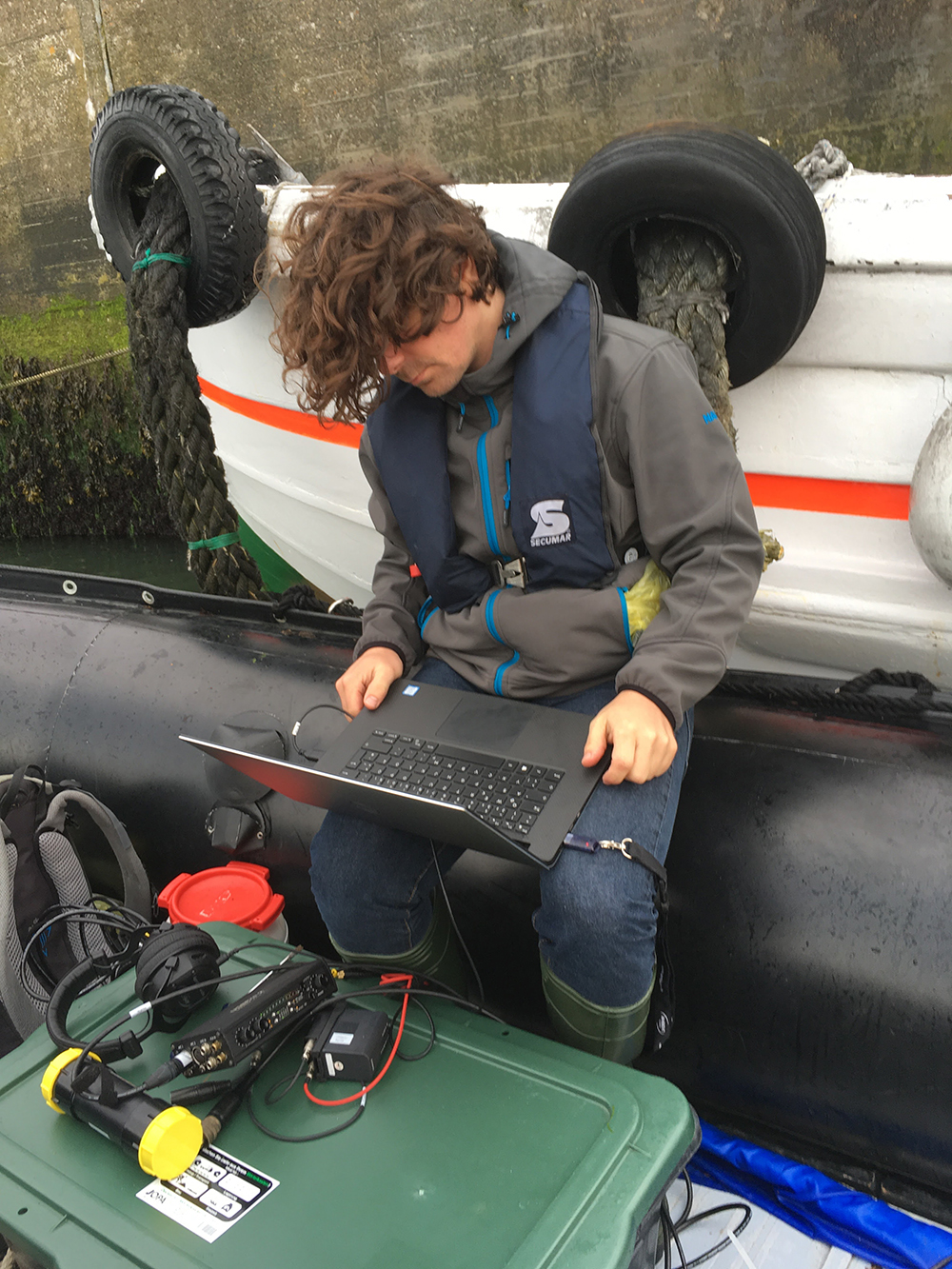 Q: While this is a first-time pairing of Sound Devices with RemOs2, but Ambient Recording has relied on Sound Devices in the past. Can you tell us what about the USBPre 2 led to its recommendation for this type of scientific exploration?

A: Timo Klinge: I had the pleasure to supervise and design a lot of special underwater audio systems in the past 13 years, and every single one had very unique requirements. However, what counts most when you work in extreme conditions is that your equipment is robust enough to withstand all possible circumstances. Your second thought of course is the audio quality. This particular use case scenario was very unique as the module needed to work for months, possibly years in a small plastic box submerged in the ocean. The system had to cope with huge dynamic difference from tiny scratching sounds of tiny crabs or worms on the bottom of the sea, to the extreme amplitudes of tanker engines and cavitation noises of enormous propellers, without any access to the microphone gain. Additionally, the power consumption needed to be as low as possible and the setup as small as possible. The USBPre 2 was the only interface delivering all these options in one small box:

So, to sum it all up without the USBPre 2 we wouldn’t have been able to do what we did.

Timo Klinge joined Rycote Microphone Windshields Ltd as their new CTO in April 2017. He still supervises the audio aspects of the RemOS2 project in close cooperation with Ambient Recording.