American photographer uses the USBPre 2 to help launch a women-owned podcasting studio – Her Farm Nepal – in a remote mountainous village near Kathmandu.

KATHMANDU — Eight of the world’s tallest mountains, including Mount Everest, are a part of the Himalayas and located within the boundaries of Nepal. This landlocked country between China and India is a largely agricultural nation with a diverse, multicultural population. For the past 12 years, it has been home to American photographer Scott Maclennan, who runs a non-profit organization near the nation’s capital city of Kathmandu. Alongside his wife, Sumita, whom he met in Nepal, Mcclennan has devoted his time and energy to documenting the Nepali people, first through still pictures and later through video. Today, he is the director and instructor for a ground-breaking project that is bringing technology, education, and employment opportunities to the women of one rural village. Her Farm Nepal is a startup podcasting studio and eventual low-power FM station, located on a farm that is wholly owned and operated by women. 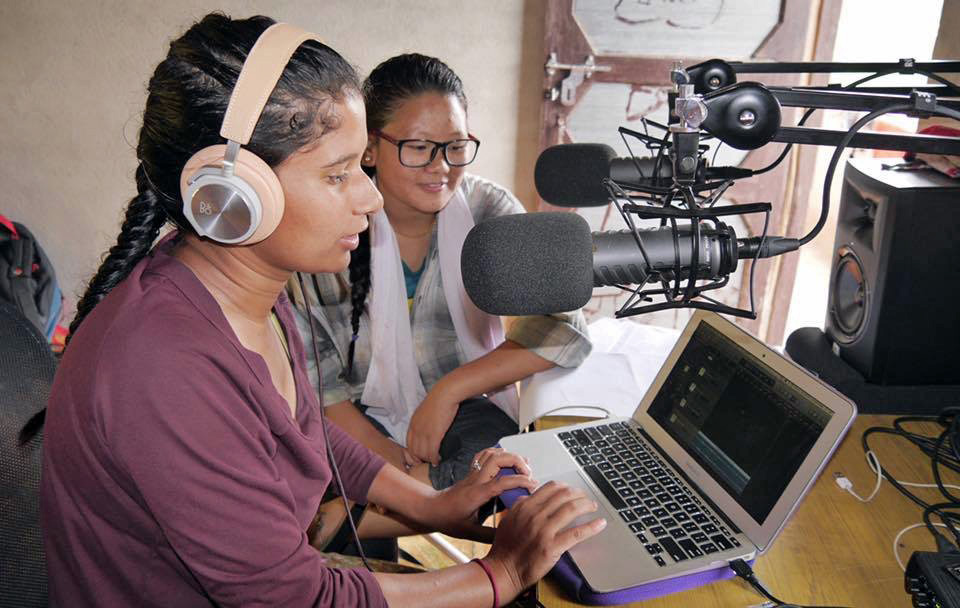 “We have 27 women and children living here, and the 11 adult women (on the farm) mostly come from histories of domestic abuse,” Maclennan says. “This is a prestige project for them. They can gain a lot of credibility and respect from the community, which isn’t easy for women to do in a highly patriarchal country.”

Since there has never been a women-centric program produced or distributed from a rural setting in the country, doing so has been a tough uphill climb on many levels. The first obstacle was getting the minimum required technology into the remote mountainous area.

Maclennan says, “First, we needed to get internet service here so that we can send out what’s produced. That required a device be mounted on a cellphone tower about 10 kilometers from where we are that provides us line-of-site internet. It’s slow, but functional.”

Another hurdle has been training.

“Teaching the skills needed to produce a show (by women, for women) required we start at the very beginning. They’d never heard a podcast and had no idea how content ended up on radio,” explains Maclennan. “Over the past four-to-five years all the women have learned to use computers, and while programs at the level of Logic Pro weren’t in their skill set, the basic understanding of using a computer was, so teaching them how to use a template for recording, while challenging, wasn’t impossible.”

A piece of equipment that made training easier is Sound Devices USBPre 2, a high-resolution, portable audio interface, specifically designed for computer-based digital audio.

“First of all, it’s very simple to use,” Maclennan says. “I’m teaching women with zero experience how to produce their own women’s show podcast. The USBPre 2 requires almost zero training for them to use. I need clean, foolproof preamps for this (project) that are pretty much set and forget. The USBPre 2 gives me the quality and ease of use I need. It just works. It’s simple to understand, creates great sound, plugs right in my MacBook with zero set up required on my part, and it’s built like a tank, which is important given our location.”

Maclennan describes the facility on the farm as “a totally concrete room with no acoustical treatment. There’s three windows without any window coverings as well. Conditions here are primitive. It’s not like we are in some squeaky clean nice studio. So the gear needs to be tough and of course, the USBPre 2 is as tough as they come.”

The crew uses a four-mic setup, feeding Rode Procaster microphones into two USBPre 2 devices, and then out to Logic Pro X, a Mac-based digital audio application. While the Her Farm Nepal project marks Maclennan’s first time using the USBPre 2, it’s not his first experience with Sound Devices audio equipment.

A few years ago, when he decided he wanted to capture the sounds and movement of everyday life in Nepal, he invested in a Sound Devices MixPre-D and paired it with a DSLR camera to begin using video clips to tell the stories beyond still photography.

“I knew how important sound was and studied all the forums about sound with DSLRs I could, which led me to the Sound Devices MixPre-D. That turned out to be one of the best investments I ever made. The sound is unparalleled, and the rugged construction holds up under what are sometimes harsh conditions. So, fast forward until today when the objectives are to create a podcasting studio for women in a rural village… The sound needs to be great, so of course, back to Sound Devices I went, this time for the USBPre 2 to power the mix for our podcasts.”

Maclennan admits they aren’t sound professionals, but that hasn’t stopped him from contacting technical experts at Sound Devices for help when necessary. 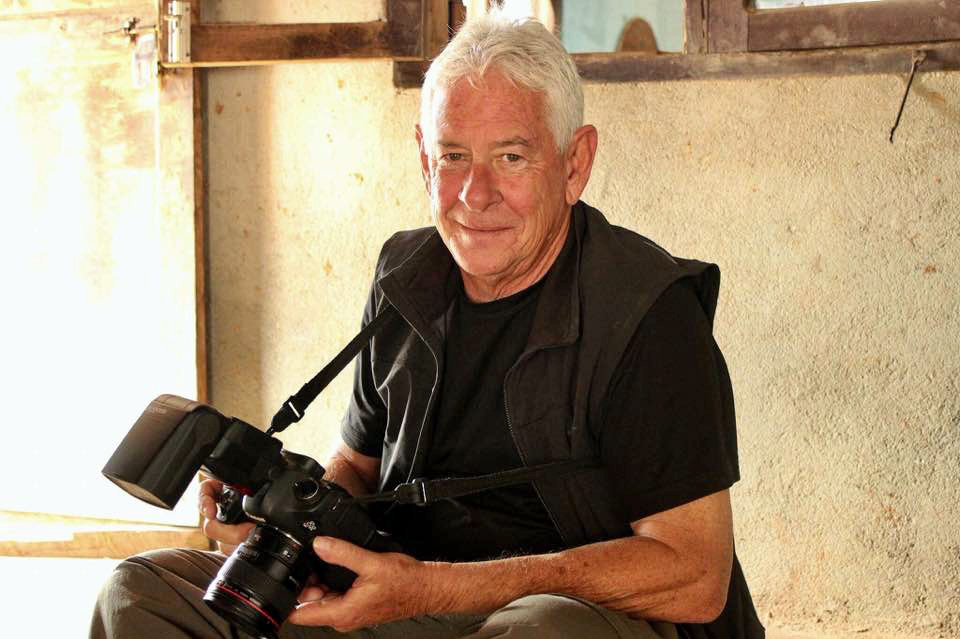 “I’ve contacted Sound Devices a few times. I’m learning too, and many days I’m only a step or two ahead of the women here. Support has been superb and very professional. I’ve never once felt ignorant or silly and was treated with great respect. The advice was always spot on too. I don’t know that I could be doing this without the support I’ve gotten from Sound Devices.”

Although they continue to face uphill challenges, Maclennan says the women are united in their efforts to succeed in these first-of-a-kind podcasts that not only entertain but also educate the public. “There are almost no women in media in Nepal and so, there are almost no stories on the lives of women either. Like all causes, the first step is creating awareness of the problems, and that’s what this is all about.” 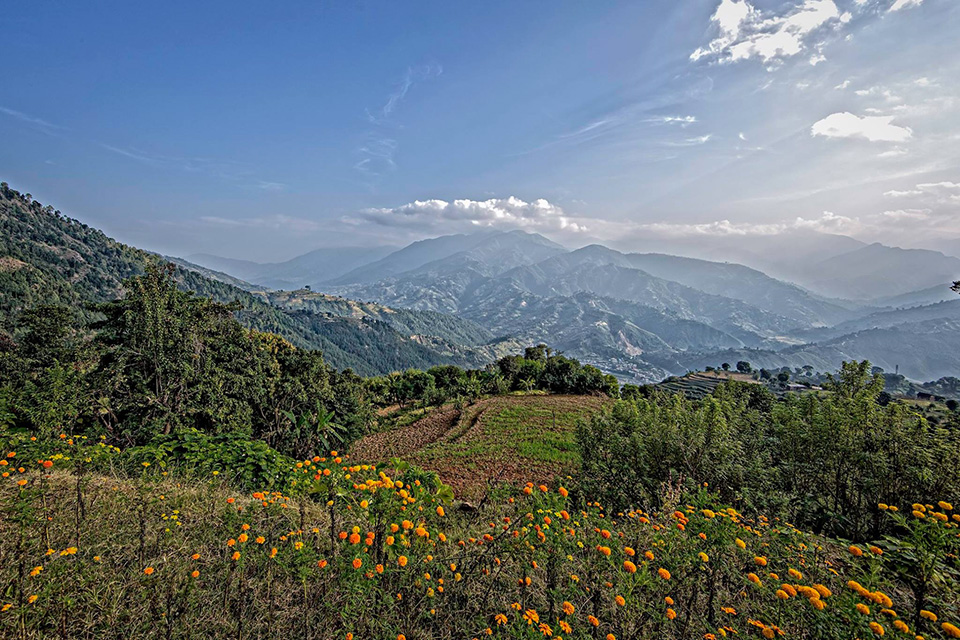