Sound Designer/Recordist uses 788T & 744T recorders to capture audio for successful video games like Need for Speed and Just Cause 3.

BOCA GRANDE, FL — Since 2001 Watson Wu has been in the business of creating audio content for film, TV, ads, and video games. He and his team have worked on AAA video game titles such as Assassin’s Creed, Transformers, Madden, the Need for Speed franchise, and many others. His film and TV credits include 71′ (the film), Daniel Craig’s A&E Biography, and work with Lexus, Dodge Ram, NBA, and NHL, to name a few.

From recording audio while hanging on for dear life in a speeding race car, to battling sea sickness out on the open water, Wu has worked tirelessly to establish himself as one of the industry’s best. Wu knows that in order to consistently deliver exceptional audio you have to use the best equipment in the right locations, and it’s why he relies on audio recording equipment from Sound Devices. For two of Wu’s recent projects, Avalanche Studios’ AAA title video game Just Cause 3 and EA’s Need for Speed 2015, he relied on his Sound Devices’ 788T and 744T portable field recorders and 442 mixer. 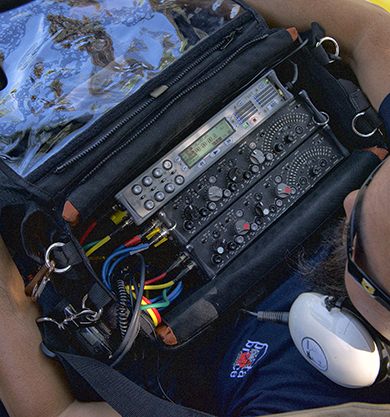 To capture audio for Need for Speed 2015, Wu recorded a modified Scion FR-S using Sound Devices’ 744T for outside audio while simultaneously recording interior audio with Sound Devices’ 788T. This setup let him record internal and external audio at the same time. He also utilized two Sound Devices 442 mixers, which he attached to the 788T to handle the excessively loud sounds, as the 442’s built-in analog limiters respond very quickly to control the high decibels. In all, Wu recorded nine tracks at a time (seven on board and two channels of stereo) for the mega-successful video game. Wu used Sennheiser MKH-418S shotgun stereo mics to capture the exterior sounds and DPA 4061s for the interior audio; he likes the mics for their ability to take a serious pounding and still grab excellent sound under really loud decibels.

“In Need for Speed 2015, when players win races, they win fictional money, which they use to purchase a racing car kit that makes their car drive faster, corner better, have better suspension, better brakes, etc.,” says Wu. “When a player upgrades their car, it’s going to sound meaner, nastier and more beastly; hence, I need to record additional channels of audio. For a regular car session, it might be one mic for the engine and one for the exhaust, and that’s it. However, when you use more channels you have more possibilities of unique sounds and features, which aid in establishing the sound of an upgraded vehicle.”

Having the 788T on set allowed Wu to record an expansive number of mics to capture the range of sounds for the creative mixing the project required. “Back in the day, it was channel one and two in this recorder, channel three and four in that recorder, and it was a mess,” adds Wu. “With the 788T, I love how I can have all eight channels and all eight microphones on one recorder. That way it’s streamlined and nicely organized. I can listen to specific channels and check for any problems while recording, whereas other products will only let you check the playback. With this feature, I can fix and adjust as needed on the fly.” 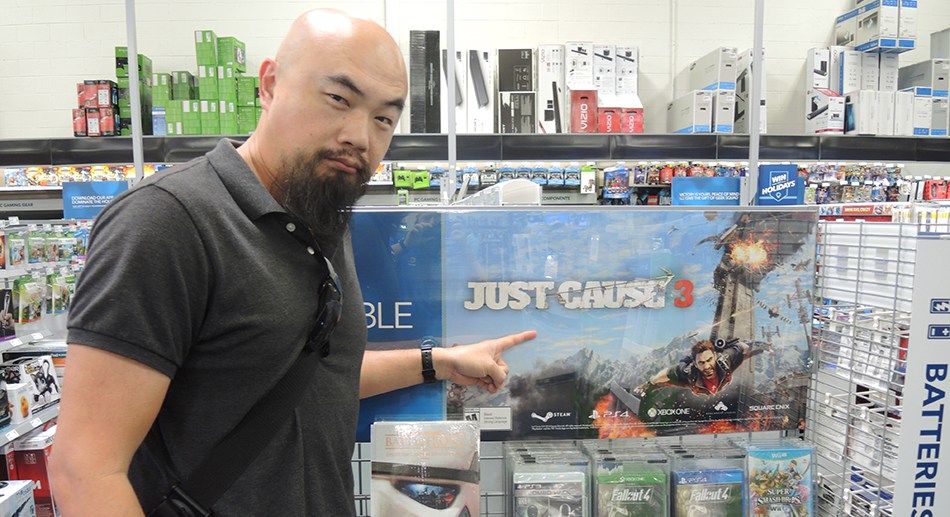 For Just Cause 3, Wu was tasked with recording the vehicle sounds of an Aston Martin, Humvee, and large yacht, using this same setup — a 788T and 744T with two 442s. “For the Aston Martin and Humvee I did both on-board recordings, as well as external pass by audio,” says Wu. “I placed lavalier mics in the engine compartment (away from super-hot areas) and larger capsule mics near the exhausts. All of the XLR cables were securely gaff taped down and routed to my Sound Devices 788T recording and 442 mixing gear. There were about seven to eight mics on board. While directing the driver, my recording gear sits on my lap for me to record/monitor specific channels (mics). When everything sounds good regarding manageable peaks, etc., I then jump out and record the external audio with a Sennheiser M/S stereo shotgun mic connected to my 744T field recorder. While recording the externals, the on-board audio continues to record the entire time.”

Wu’s toughest challenge came when recording the sounds of the yacht engine on the open water — a tricky situation for him and his gear. A total of seven microphones were used to capture audio from the yacht engine room area, as well as inside and outside the stern. Rear mics were used to capture water churning sounds. Because the boat was never completely still, even when idle, he had to be careful about where to place his mics and his Sound Devices gear to keep everything steady. A boat also produces more noise — especially when idle— than other vehicles with which he has worked. On the yacht, Wu had to find just the right balance of natural boat ambience in his recordings without too much background noise.

“This was the hardest session I have ever conducted,” admits Wu. “I got violently sea sick and, if not for the love of field recording, I would have stopped. Fortunately, my Sound Devices gear kept recording pristine audio even while getting tossed around. That’s why I love Sound Devices and will continue to use their gear.”