Production sound mixer, Devendra Cleary, CAS, lives out his dream on the set of The Last Man on Earth.

Santa Monica, CA – During his studies at Career Education Center (CEC) Early College, a vocational school in Denver, CO, Devendra Cleary, CAS, quickly realized that the film program was where he belonged. He credits his early education in set design at Denver School of the Arts and the CEC film program for helping him get a jumpstart on his career in the industry at such a young age.

“I kind of had equal fascination with both (camera and sound) in terms of equipment and technology,” said Devendra. “A former teacher of mine (Bob Newman) got a call from a Denver Sound Mixer Dave Schaaf (CAS) who was mixing an LA-based movie that was filmed in Colorado and he was looking to hire a sound PA. When asked if he had any students that stood out, he recommended me. If it would have been a job for a camera person, I would probably be a camera person now. It really could have gone either way – (but) I’m glad it was sound.” 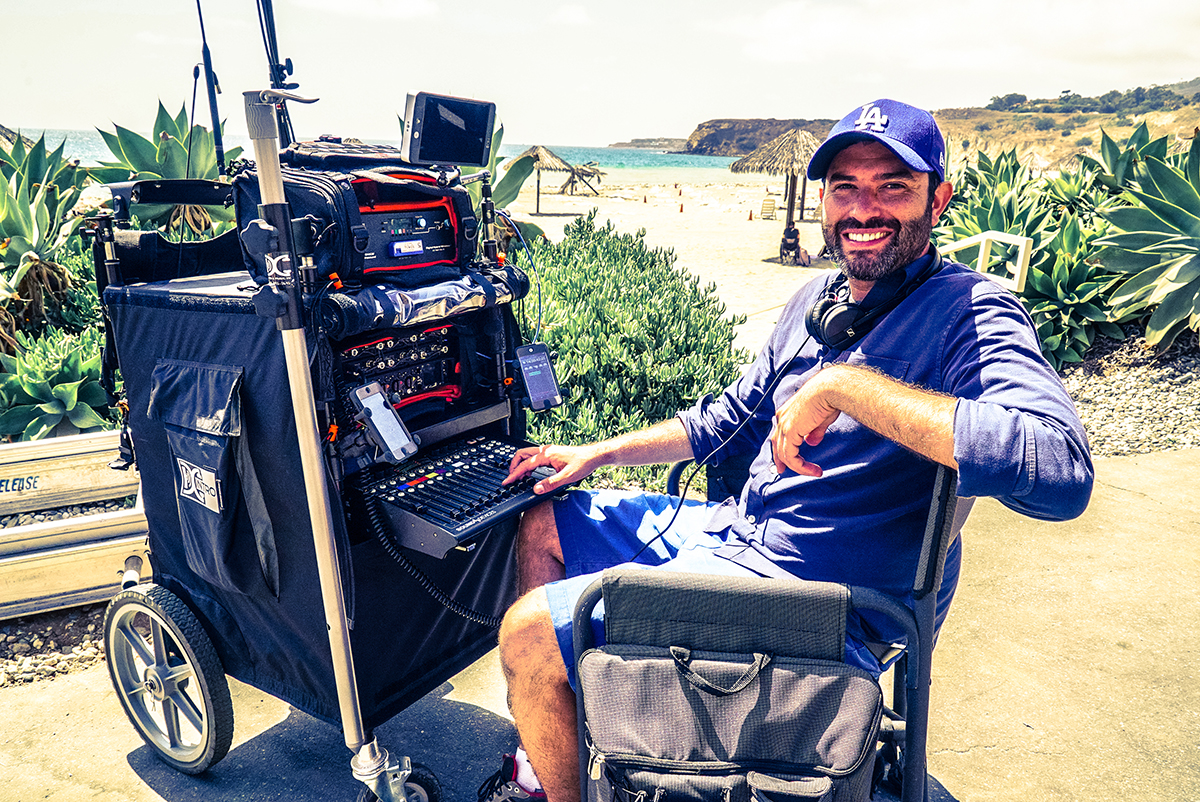 The film, Hungry Bachelors Club, was Devendra’s first real movie shoot – with a 35mm camera, dolly, lights, full crew, “the whole shebang” and, as he described it, “he was immediately hooked on movie making and production.”

Following his work on the film, Devendra enrolled at Colorado Film School to hone his skills in production sound. He worked side jobs as a boom operator or sound utility for commercials and small feature films during his college years, then in the summer of 2001, he landed the job as sound utility on a film called Laramie Project, which is where he received his Union qualifying days. 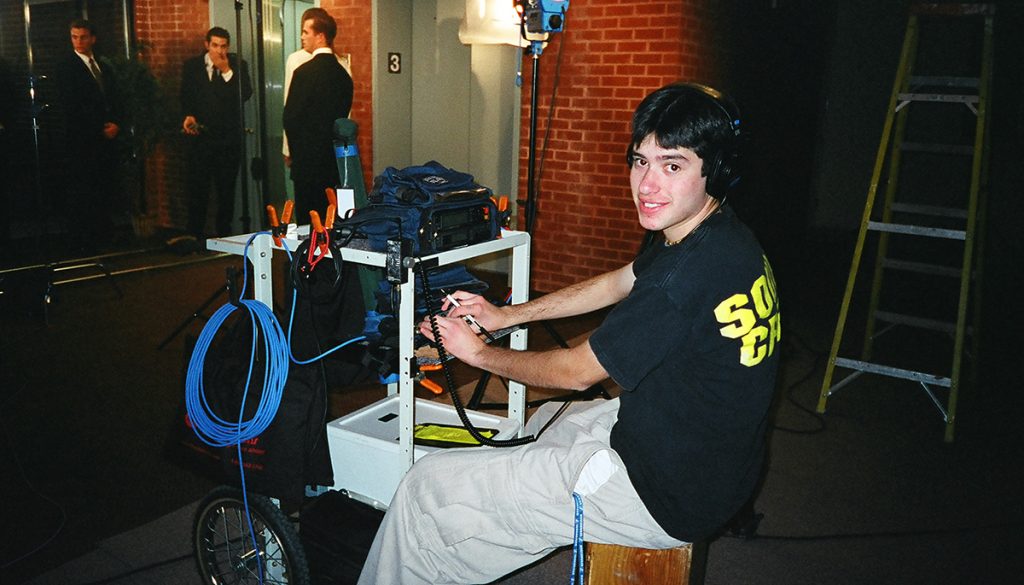 “By the time I got to film school, the word got out that I was interested in mixing sound, so upperclassmen were asking me to work on their projects. When I finished film school, I feel like I had just the right amount of experience…”

These jobs and the many contacts he gained that summer led to his big break working with David Barr Yaffe, CAS, production sound mixer on the popular TV series Buffy the Vampire Slayer.

“He was looking for a new utility, and I immediately reached out,” Devendra said. “I flew out to Los Angeles to meet with David and Kevin his boom operator with no guarantees that they’d hire me…. After a two hour lunch meeting, they decided to hire me, and from there my life was completely different.

“I got sworn into the Local 695 Union the next day,” he said, adding, “Three days later I flew back to Denver, bought a car, packed my bags, and lined up a tiny 1-bedroom apartment in Santa Monica to start working on Buffy… And I’ve been lucky enough to be working on Union projects ever since.”

His experience working on Buffy the Vampire Slayer proved invaluable, preparing him for future jobs as a sound utility on other popular TV series like Ugly Betty and Glee in the years to follow.

In his downtime, Devendra pursued his passion for sound mixing. After trying out other audio brands, a job as the sound mixer for the 2009 film Paper Heart marked his first project using Sound Devices equipment.

“I purchased a (Sound Devices) 744T…which I will never sell, and effectively it became my go-to for recording ISO tracks… Before Paper Heart, I was having issues with RF interference with my other gear, so I bought a (Sound Devices) 442, which solved this issue. At the time, you had to think of it as, ‘you take your wireless receivers and you put them through a mixer… Then you either mix it out to one or two channels, and hopefully you could record the ISOs too’. It’s funny that we needed multiple devices for that not that long ago.” 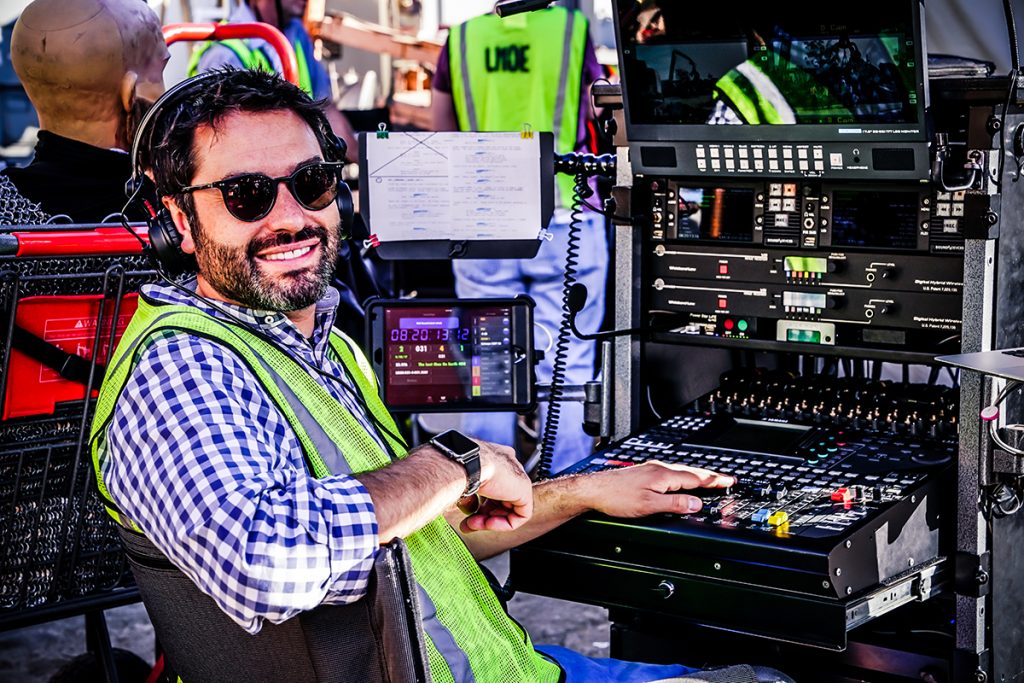 Devendra continued to build his resume mixing Second units on shows such as Community, and then landing his first network series as a mixer titled The Goodwin Games. He then mixed several half hour comedy pilots leading up to the 2013 series Mixology, for which he first used the Sound Devices PIX 260i recorder. As an early beta tester, he quickly developed a strong comfort level with the product as a high track count audio recorder. His feedback and on-set usage helped lead to the development and release of an enhanced audio-only version product – the Sound Devices 970. The 970 immediately became the anchor of his studio cart, with his 260i (now, a discontinued model) running as a backup.

“The 970 and 260 have worked seamlessly together, and the cart is very clean because of the way they’re designed. They’re workhorses, and super reliable…. I don’t need to worry about anything. And they can record up to 64 tracks – it’s all about those tracks!”

Although Devendra’s studio cart featuring the 970 has been hugely successful, the need to be mobile and flexible for current projects, like the FOX comedy The Last Man on Earth starring Will Forte, have led to more airtime for his handmade ‘mini cart’, which features the Sound Devices 664 mixer/recorder and CL-12 Alaia™linear fader controller.

“For Last Man on Earth, we shot the first three episodes mostly on a rocky beach—very remote and no tires were working—so I decided to use a table top rig that started as just the bag, the 664 and wireless, and I built in a lower shelf to accommodate the CL-12…because it was too invaluable of a resource to have assigned 12mm faders with these improv actors. More recently, this rig came in handy working on a yacht where we went two weeks straight—sometimes docked, sometimes at sea—going out to shoot scenes, and that was all done with the 664 rig.” 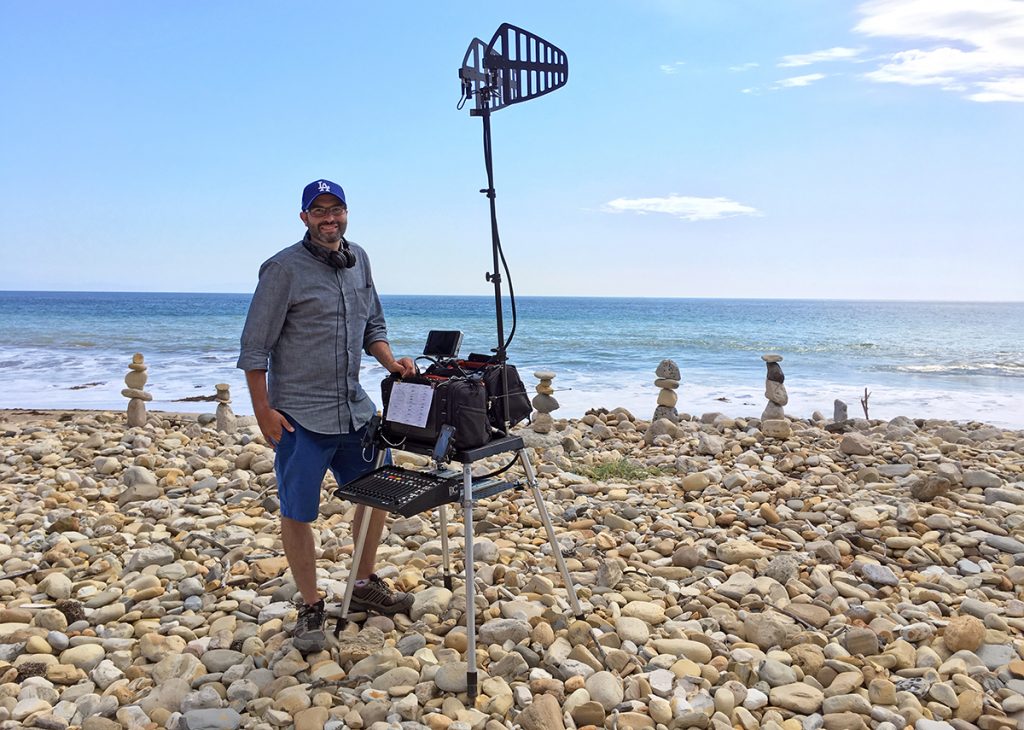 During season 4 of The Last Man on Earth, Devendra also got his first opportunity to try out the ultra-compact MixPre-6 recorder for a music playback scene with Will Forte where he and another actor were using earwigs. “Being on the yacht and without my studio cart and its routing options, I needed another solution. Instead of just outputting from my laptop to the earwig transmitter, I needed to transmit to a speaker as well for the first few seconds of the shot. It (MixPre-6) was essentially being used as a USB interface and a playback mixer. When I bought it, I didn’t necessarily have a dedicated purpose in mind, so I was surprised to have it be so invaluable for that music playback scene we did. It’s just so cool that Sound Devices makes so many tools that range in sizes from big to small.”

OTHER TOOLS OF THE TRADE

For his studio cart (made by Backstage), Devendra pairs his Sound Devices gear with two fully loaded Lectrosonics Venues (12 channels), which are usually routed into two booms and 10 lavs. Clients listen to high quality audio over headsets via Lectrosonics IFBs. To round out the cart, he mixes on his Yamaha O1V console and watches scenes with a Datavideo 17-inch monitor incorporating a Decimator Quad multiviewers, which allows for up to four camera feeds.

For his mini cart, his 664 is built into a bag with six Lectrosonics 411 receivers and IFB transmitters. The 411s match the same frequency blocks of his studio cart, making both carts completely interchangeable, and the beauty of his setup, is that post production can’t tell the difference between what is recorded with either his 664 or 970. 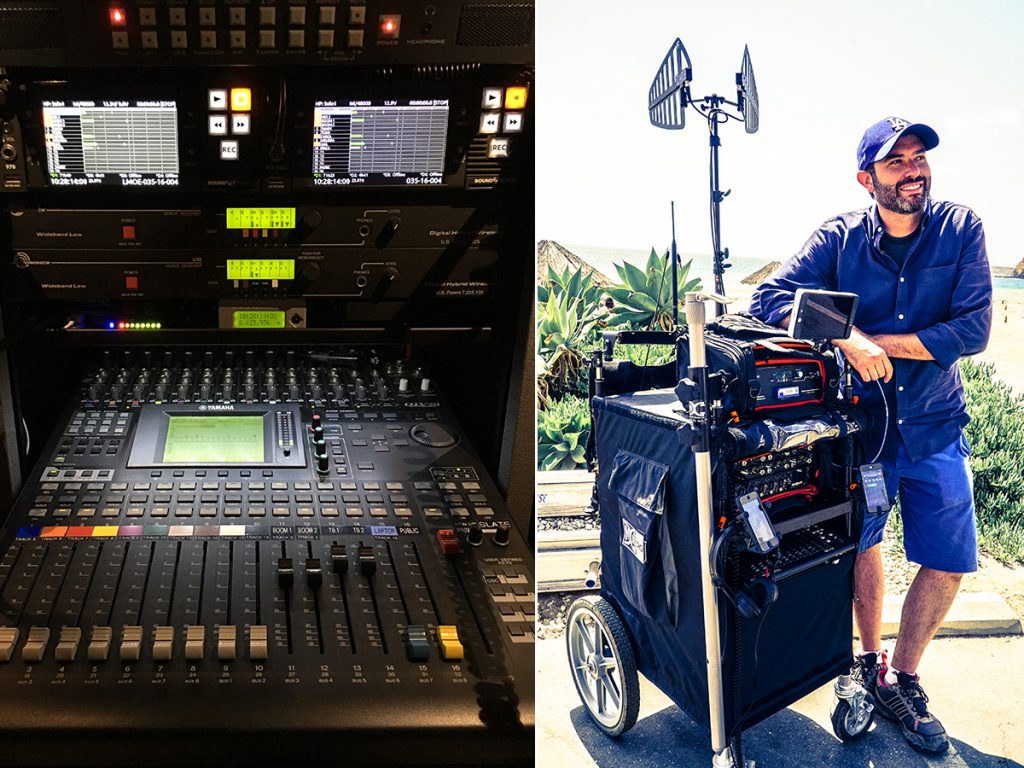 “For Last Man on Earth, I love that I can use both rigs with fairly equal results… Maybe we get a heads up on a tough location that we’re heading to, maybe not, we get in the passenger van, and instead of debating or trying to figure out the rig, we’re like ‘ok, we’re on the small rig today. It’s nice to have both rigs because you don’t necessarily know what you’re in for.”

He also has a Lectrosonics Field Venue for six more channels of wireless, and for mics, Devendra relies mostly on Sanken COS-11s and Countryman B6 lavalier mics, and the Schoeps CMIT 5 and Sennheiser 416 for shotgun mics.

When asked about whether or not he has ever had the “a-ha moment” about living his dream on the set of a hit show like The Last Man on Earth, he explained, “It doesn’t hit you all the time… you’re just there doing your job and solving problems. But occasionally I have a moment where I’m like, ‘Wow, here we are…Since I was a kid I always wanted to work on big Television shows.’ I feel extremely fortunate to work on this show… And since you’re only as good as your crew, I want to thank the talented players that have come in this season – Alex Burstein, Mitchell Gebhard, Scott LaRue, and Tanya Peel.”

In reflecting back on his career and current work on Last Man on Earth, Devendra talked about wisdom imparted to him and what advice he would leave for the next generation of sound professionals. “Don’t weigh yourself down by your tools… It’s important to set yourself up to the production proportionally. Always keep your cool…. No matter how hairy it gets, there’s always a solution…. The less they (film crew and producers) see you sweat it out, the better…and in the heat of the moment, it’s just about getting the shot. Lastly, don’t go cheap on the tools…. If you buy the lesser expensive things to get you through, you’re going to end up buying the better products down the road…. You get what you pay for with the tools.”