LOS ANGELES — From an early age, production sound mixer, Steven A. Morrow, CAS, knew that his passion for movies would lead to a career in the entertainment industry. What began as a teenage hobby making films has since turned into a full-time career recording sound for a wide range of prominent films and television series, including the critically acclaimed musical comedy La La Land, which has earned him an Oscar® nomination for Best Sound Mixing and other prestigious award nominations from the Cinema Audio Society (CAS) and the British Academy of Film and Television Arts (BAFTA). 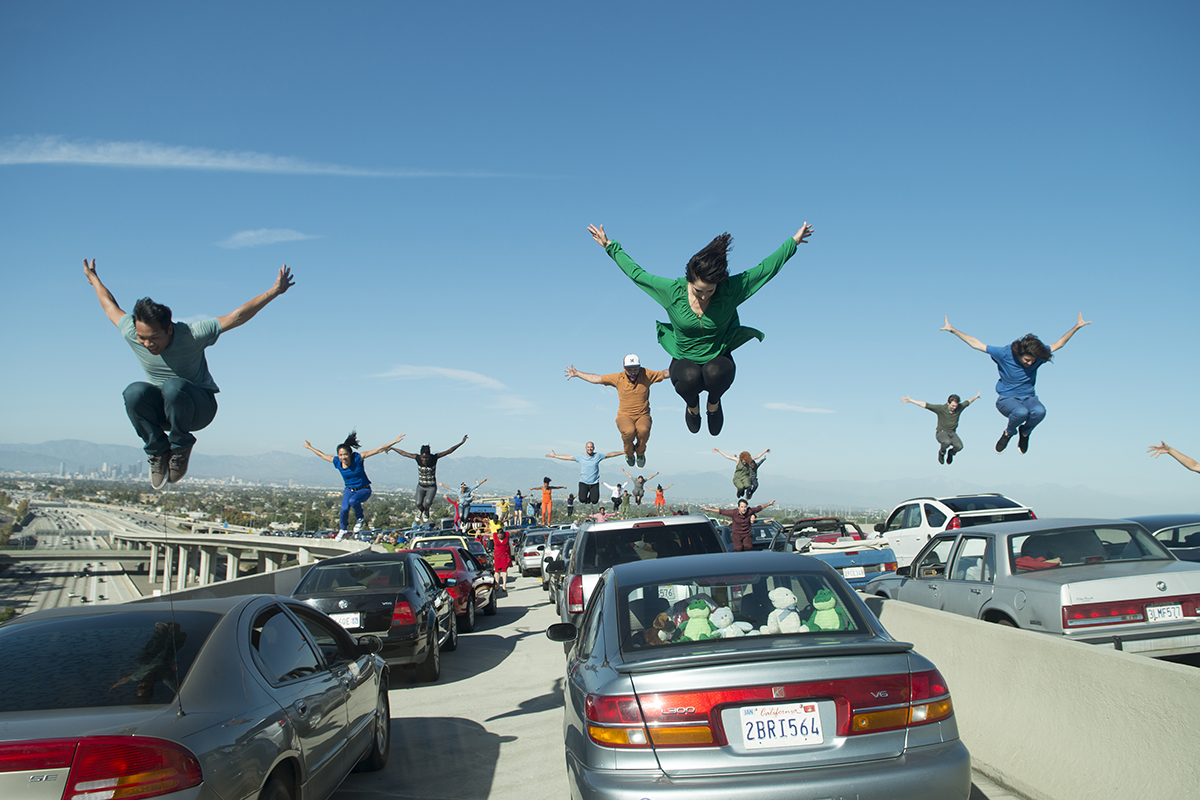 Morrow began his career in Seattle, at first booming for other people’s projects, before landing his first job on a movie set. “I was hired for free on my first movie. I think it was called Where the Air was Cold and Dark, which was a low-budget movie made on the Olympic Peninsula. It poured down rain on us for the month that we were there. It was miserable. Everybody was miserable, but I thought, well, I still love it, so if this is as bad as it gets, sign me up.”

At age 18, he moved into a studio apartment in Los Angeles, where he caught his first big break. “I showed up to my first free boom job, and the mixer didn’t show up, so I jumped in and mixed for the day.” That led to a string of paying jobs, including a three-year span on a Nickelodeon TV show. “I immediately bought an HHB DAT recorder as my first package, and joined the union at 19,” he says. “The money I made on that show went to buying more and more equipment.” 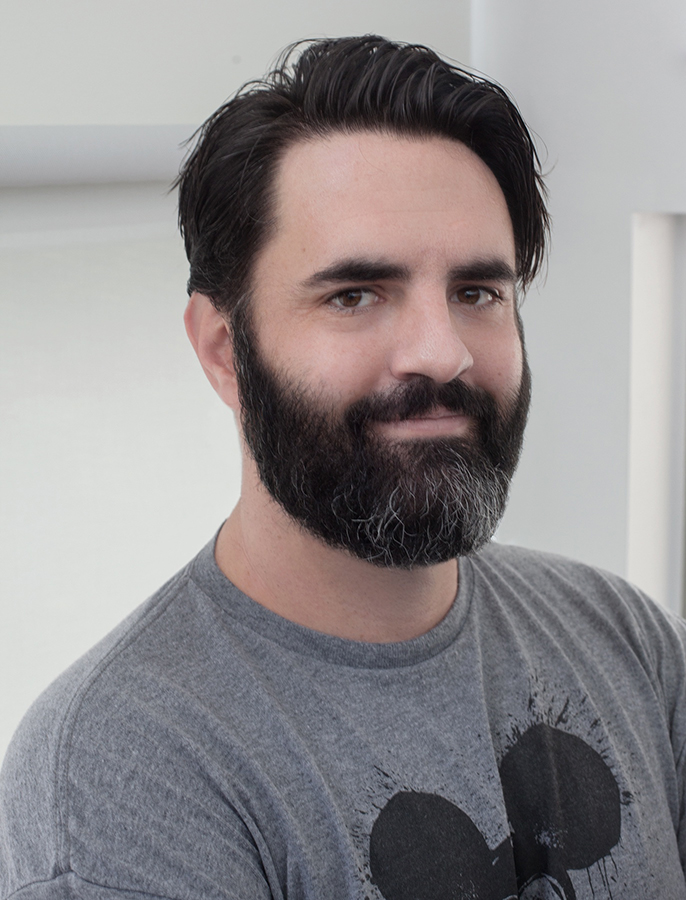 “I also owned a Fostex PD-4, and you know they have the indicator light on the Fostex when the DAT wouldn’t record properly—the PCM error. And I thought this is insane that they actually made a product that would let you know when it was having an error, and it was like one out of a hundred takes. That’s a big deal when one out of a hundred takes is a wipeout sound-wise.”

As Morrow’s career began to take off, he quickly realized that investing in better sound gear was a crucial step. “When you first start out, you try to buy whatever is going to work, whatever you can afford,” Morrow admits, “but as you go forward, you realize only the quality equipment is what is going to last in the long-run, so if you buy stuff that’s just okay, eventually, you are going to need to replace it with something better, so why not start by buying the best first? Eventually you figure it out.”

While he initially tried and considered multiple brands of audio recorders, he turned to Sound Devices for his first digital mixer and never looked back.

“Originally, I owned a 442, which was a beautiful (mixer)—I still actually own it. That piece of equipment was just so solid and such quality piece of gear that when Sound Devices came out with the 744, that’s when I made the jump from DAT to digital recording.” In fact, Morrow liked the 744T, which is a portable 4-track audio recorder with timecode, so much that he bought two of them. “I thought it was a very robust machine. I always told people you could hit it with a hammer, and it would keep on ticking because the thing is built so well. You can just feel it.” 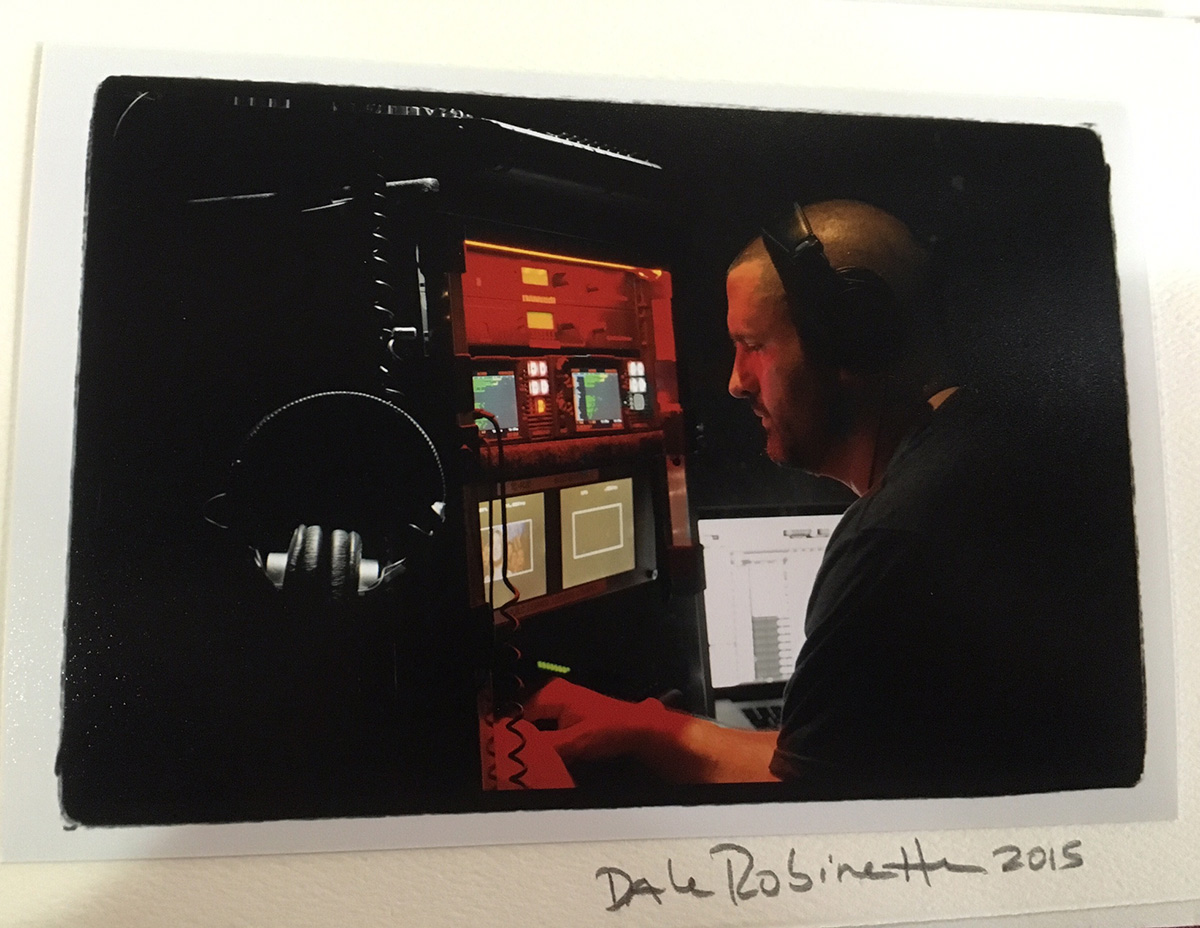 Through the years, bigger productions led to demands for higher track counts, which pushed Morrow to transition to the latest audio technology available. Once again, Sound Devices was there to answer the call.

“When you do a musical, you instantly eat up two stereo tracks with music and one timecode track for playback. And then you have your mix tracks and you have the boom. That’s instantly five tracks that are gone. So if you have radio mics, you start adding a ton of tracks really quickly.” He was about to begin work on the 2009 remake of the musical classic, Fame, when Sound Devices released the 788T. “With Fame, I needed to have more than the 8 tracks the two 744s could provide. I need sixteen, so I bought two 788s, which allowed me to have tracks 1-8 on one machine and 9-16 on the other… Again, they never failed. They were very solid through that whole process.”

For half a dozen years, the 788T was his go-to recorder through such productions as the James Brown movie Get on Up, and many more. But the challenges of even more tracks would not go away, and hit an all-time high with his latest full-featured musical comedy, the aforementioned La La Land.

“For La La Land, they wanted to try to do a lot of the vocals live to a playback track. What ended up happening was our music department and our director requested that we record everything, instruments, pianos… Anything you see on screen, they wanted a track of it,” Morrow says. “Instantly we knew we were going to need a ton more tracks, and more tracks than I would be able to provide with the 788s, so I sold my 788s and upgraded to two 970s a few months before the movie started. That way I had a good amount of time to really play with them and get familiar very quickly. Although, the Sound Devices machines all fairly run the same. They’re set up the same…similar menus and same ideas, so it’s an easy transition from machine to machine with Sound Devices.” 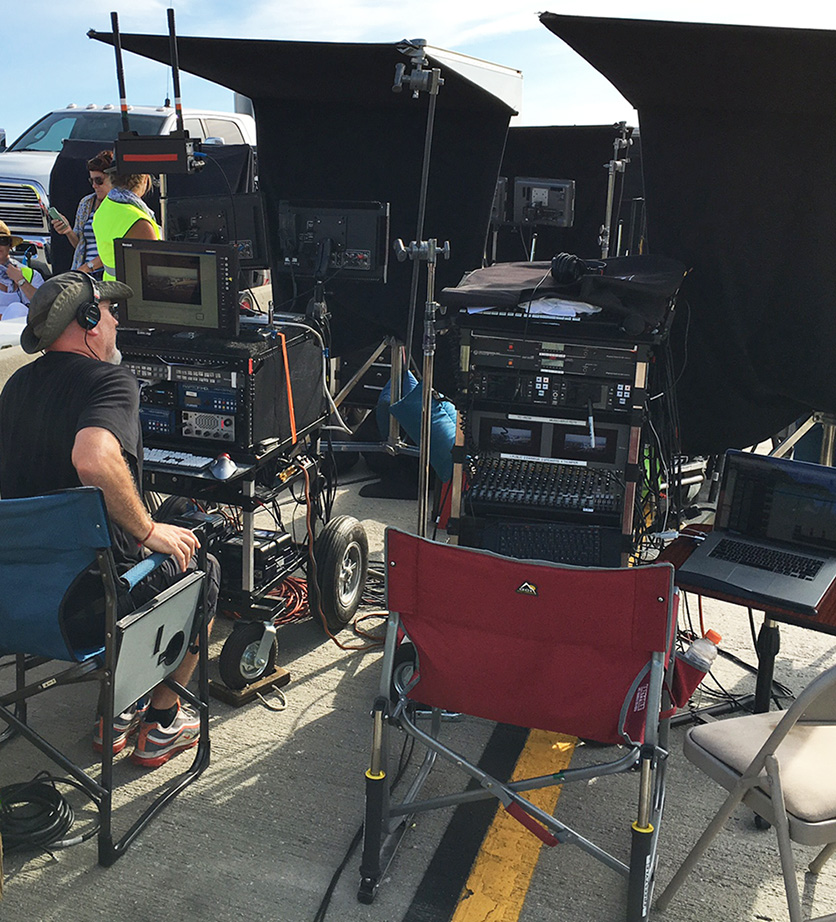 The 970 is a Dante and MADI-equipped multi-track audio recorder, capable of recording up to 64 channels of monophonic or polyphonic WAV files to any of four attached drives. Morrow paired his new 970s with two Mackie boards and a RedNet® 2 audio distribution system from Focusrite®. Additionally, he used a Sennheiser MKH-50 boom, Sanken Lavs, a Comtek PR-216 receiver, Phonak earwigs and Lectrosonics SM mics, plus a couple of wireless mini Lectrosonics SSMs for the dance sequences.

“When we do the big concert scenes, every piece of equipment has a microphone on it or a feed coming back to us,” Morrow says. “We needed 32 channels of audio, because you’d have digital drums, but that’s not one channel. It’s two. It’s a stereo drum kit, so you’d need a stereo feed, and that takes up two tracks. There’s three horns, so there’s three mics for the horns. There’s three backup singers, so you need three mics for them. There’s all of these things you need to mic.”

He adds, “That’s where the 970s really kicked in and gave us 32 tracks. I used the first 970 to go analog in, channel 1-8, and send it to the second one via Dante. The second (970) machine, I used those analog inputs, 1-8, and sent it to the first machine via Dante, so now we had 16 tracks total that are Dante back-and-forth. Then I used a RedNet 2 from Focusrite that got me 16 analog inputs that also digitizes to Dante, and sent that to both 970s, so there’s 32 tracks of audio. It gets a little complicated because you’re sending it back and forth, analog to digital and digital to digital.” 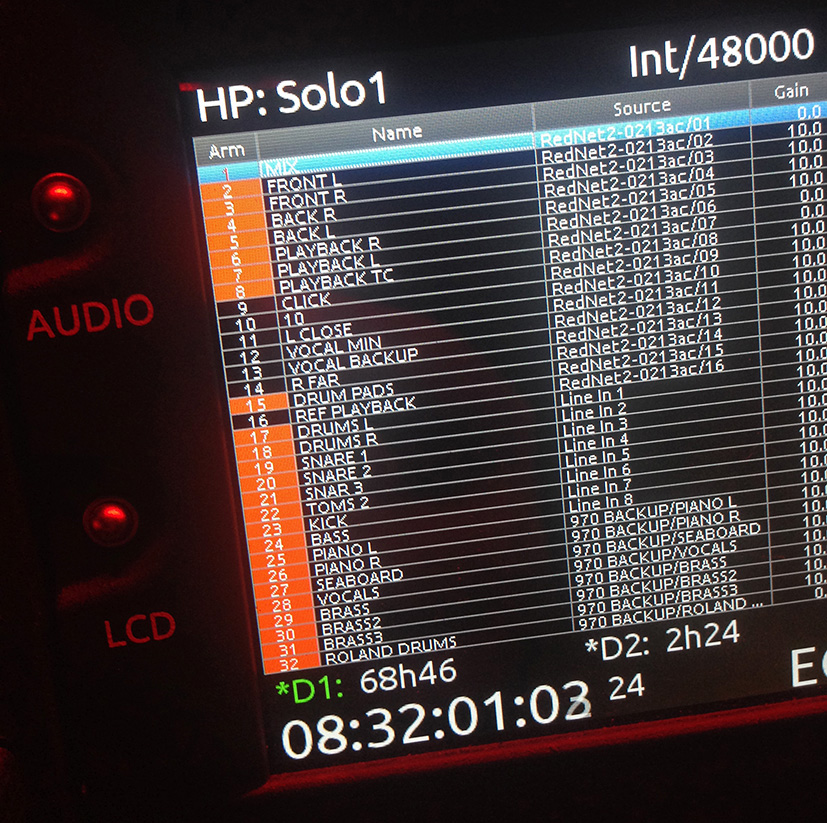 With so many elements to a scene, the potential for something to go wrong was always present, but Morrow says that’s where having Sound Devices on set helps even more. Take, for instance, a critical scene in La La Land shot within a narrow timeframe just after sunset.

“All we did that day was rehearse that move, rehearse the dance, and once the sun was set, we got to shoot it three times, and that’s it. You have like a half-hour to shoot it and then it’s over for the night,” Morrow explains. “You realize as you’re sitting there watching them perform, and they’re killing it, that a panic falls over you and you think, ‘oh shoot, if these machines fail, that’s it. I’m just cooked.’ It was that thought that comes into your head, but you knew–you just sat there like, ‘These machines never fail.'” 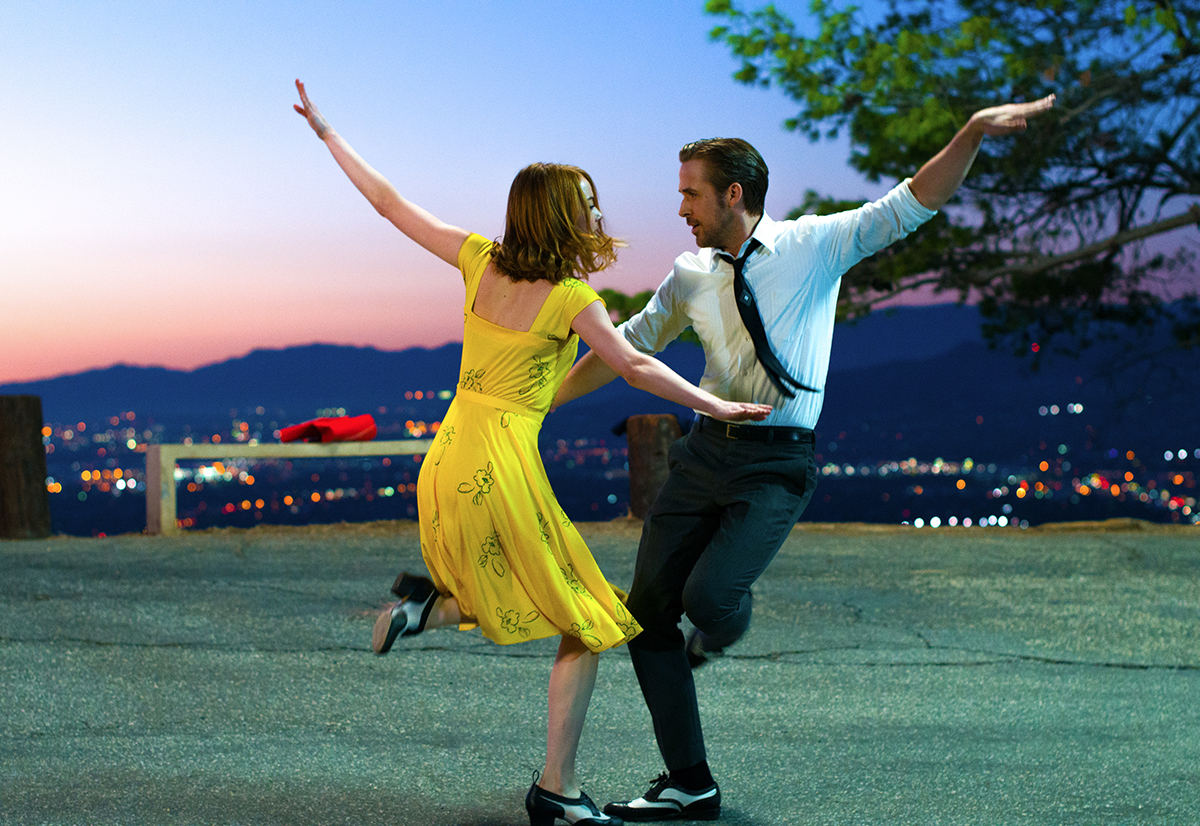 “You never find that happening with Sound Devices. That is what I rely on every day. We’re sitting there hitting record all day, every day. The fact that they are so robust is a bonus. It’s one of those comforting things where you know when you hit record, it’s going to be fine. It’s going to roll.”